Family of activist in exile under pressure 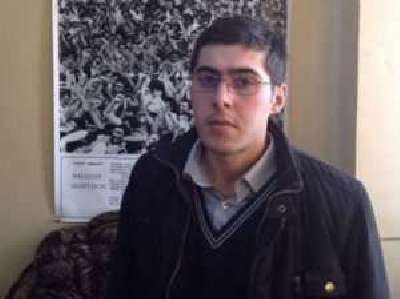 Exiled youth activist Rasul Mursalov reported that on May 22, members of his family were detained. Mursalov belongs to the Azerbaijan Popular Front Party, part of the country’s main opposition bloc.

The activist set up a “Let’s say NO to the burning Olympics” page on a social network, calling upon Azerbaijani citizens to hold a protest against the European Games on May 31.

According to Mursalov’s father, a relative was taken for police questions due to one of his son’s Facebook posts. “Rasul is not here, and I do not know where he is.. The police demanded that he delete his post. It seems that  he has written something about the president,” said his father.

Recently, Rasul Mursalov has been severely critical of the authorities, and particularly the president. He publishes articles on Azerbaijan in the Turkish press. One of his recent pieces focused on the recent fire that destroyed a  residential building in Baku.

Rasul Mursalov is a former ex-political prisoner, released in January 2014 after serving out his sentence. From March 2014, Mursalov was subject to harassment. He received repeated phone calls from a police officer named Shahid from the Zagatala police department, threatening his re-arrest. After receiving a warning that he was going to be arrested again, he fled the country, and is currently in Kyrgyzstan.