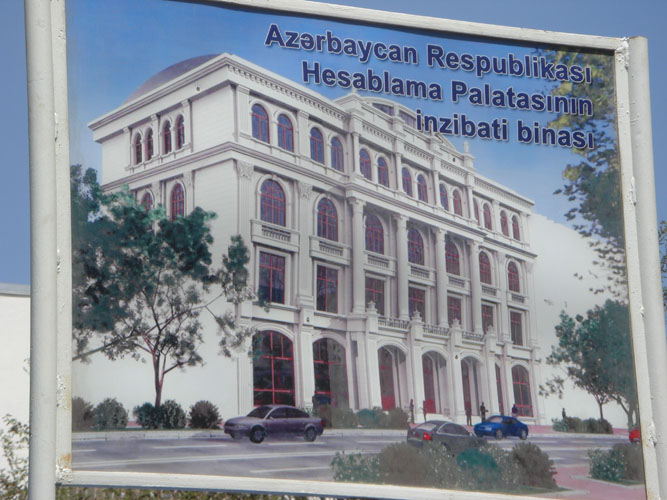 A four-storey building that will belong to Azerbaijan’s Chamber of Accounts is being built in the place where “Azadlig” Newspaper’s two-storey editorial office use to stand at 33 Khagani Street.

Recall that Azadlig” Newspaper’s two-storey editorial office was given to the publication in 1992, and also housed Azerbaijan’s Popular Front Party, “Bizim Yol” Newspaper, the Institute for Reporters’ Freedom and Safety, and other organizations. However on 24 November 2006 Economic Court #1 issued a decision for the immediate eviction of all the building’s occupants on the grounds that the building was not properly privatized. At that time it was reported that the building would be given to the Teachers Training Institute, however the Cabinet of Ministers eventually took the building from the Cabinet of Ministers and gave to it to the Chamber of Accounts.

HEARING ON LAWSUIT PUT FORTH BY A. KHALIL POSTPONED UNTIL END OF NEXT MONTH

SALE OF SOME NEWSPAPERS BANNED