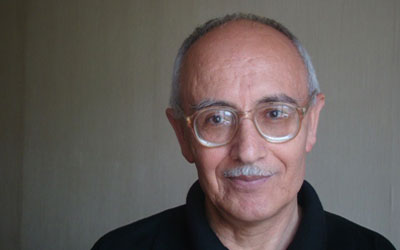 To mark the four years that have passed since the unsolved murder of journalist Rafig Tagi, a group of journalists and civil society activists visited his grave.

This year’s winners of the “Rafig Tagi” prize, founded by the Dalga (Wave) Youth Movement in 2012, were kulis.az website editor Safir Agayar, editor of the Radio Azadliq department of literature, writer Narmin Kamal, and the director of the Ganun Publishing Company, Shahbaz Khuduoglu.

On 19 November 2011, Rafig Tagi was attacked in the street near his home by an unknown assailant who stabbed him seven times. The 61-year-old journalist appeared to be in recovery following surgery, but died four days later under suspicious circumstances. His death was initially attributed to choking; however the Ministry of Health later stated that the cause of death was peritonitis. The failure of the Prosecutor’s Office to provide IRFS the information requested in five separate enquiries highlights the lack of transparency in the official investigation process. It is no coincidence that the Serious Crimes Investigation Department of the Prosecutor General’s Office, which was in charge of investigation, decided to suspend the proceedings on the criminal case on January 8, 2014. The appeals filed against this decision were rejected. On November 20, the late journalist’s lawyer submitted a complaint to the European Court, based on violations of Articles 2 (right to a fair trial) and 10 (freedom of expression) of the European Convention on Human Rights.

Rafig Tagi had previously served more than a year in prison back in 2007 on charges of inciting religious hatred, stemming from an article he wrote which was critical of Islam. The authorities justified his arrest saying that it saved the journalist’s life; otherwise religious people might have killed him. Prior to his death, in an interview given in the hospital, Tagi suggested a recent article he had written criticizing the Iranian authorities could have been the cause for the attack against him.

A fortnight before his death, i.e. on November 10, 2011, Rafig Tagi published an article titled “Iran and inevitability of globalization”, in which he criticized the religious state as he believed that the religion inculcates fanaticism. After publishing this article, Tagi received threats.