Fuad Gahramanli Objects to Decision on his Pretrial Detention 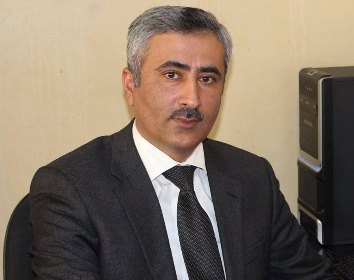 Gahramanli attended the hearing. His lawyer, Nemat Karimli raised an objection to the Judge Shalala Hasanova, noting that Hasanova had issued the December 8, 2015 ruling on the pretrial detention measure against his client. Karimli therefore requested that the motion for house arrest be considered by another judge. The judge said the motion needed to be examined by the Chairman of Nasimi District Court, and postponed the hearing indefinitely pending the consideration of the motion.

Background: Fuad Gahramanli was arrested on December 8, 2015, and a criminal case was launched against him under Articles 281.1 (public appeals to violent capture of authority, violent retention of authority or violent change in the constitutional grounds or infringement of territorial integrity of the Azerbaijan Republic, as well as distribution of materials of such contents) and 283.2.1 (incitement of national, racial or religious hatred and hostility with application of violence or with threat of its application) of the Criminal Code. The prosecution accuses Gahramanli of making appeals against the state on religious grounds via Facebook pages and the media. Gahramanli does not accept the charges, believing that they are politically motivated. On the day of his arrest, his apartment was searched and his computer was seized.