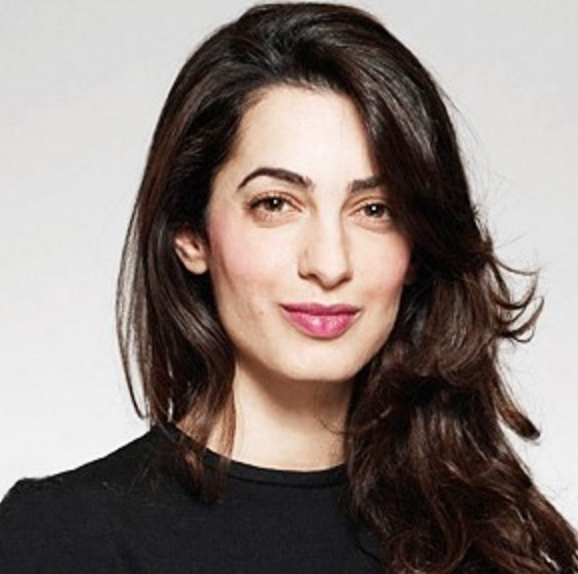 International lawyer Amal Clooney has joined the defense team of the investigative journalist Khadija Ismayil, who was arrested in December 2014, to defend the journalist’s rights in a case brought before the European Court of Human Rights in June 2015 over the journalist’s arrest and violation of her rights guaranteed in articles 5 (right to liberty), 6 (right to a fair trial), and 10 (freedom of expression) of the European Convention on Human Rights.

In August 2015, the European Court of Human Rights started communication on the journalist’s complaint against Azerbaijan.

In an interview with the TV channel NBC, Amal Clooney stated that she would defend Khadija Ismayil in the European Court of Human Rights.  She said she has taken on the case of a “very courageous female journalist who is investigating the corrupt actions of the ruling regime in Azerbaijan.“

“A secret camera was placed in the journalist’s bedroom in Azerbaijan and she was threatened with distribution of her intimate video. She is currently behind bars on bogus charges,” Clooney said in the interview.

Khadija Ismayil confirmed the news, saying that she has consented to Amal Clooney’s role in her defense team.

Fuad Gahramanli Objects to Decision on his Pretrial Detention