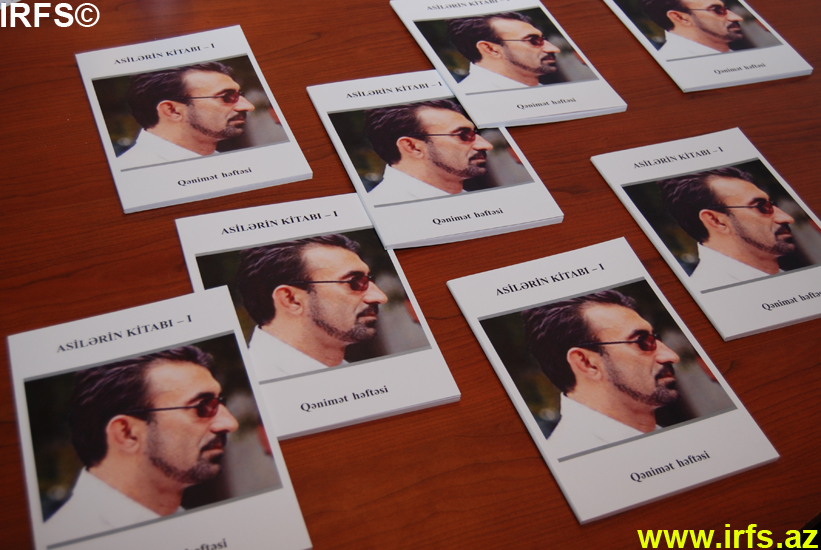 Through a unanimous decision of the writers that organized “Ganimat’s Weeek” the awards, because Zahid himself was named the winner of the week and a special diploma, medal and 150 AZN were given to Zahid’s wife Ayanda Murseliyev. Within the framework of the week, the book “Asilerin kitabi-1,” which is the compilation of writings published in different press organs, was introduced to the event participants.

Writers who were awarded and media leaders participating in the event included Rauf Arifoglu, Bahaddin Haziyev, Rovshan Hajibeyli, Mehman Aliyev. They said that they highly appreciated the moral support given to the imprisoned editor-in-chief by the FSR club and wished for the release of all imprisoned journalists.