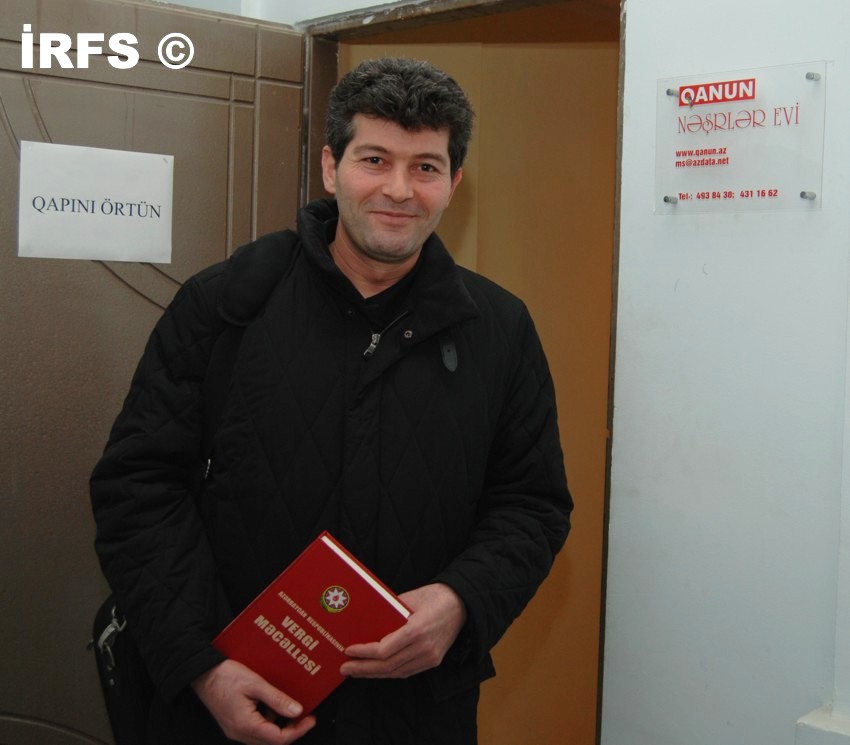 Today Baku City Tax Department employees came to “Ganun” Publishing House and conducted an inspection.
During the inspection “Ganun” Publishing House’s financial documents were confiscated. In addition to this, the CPU of one computer, which contains financial documents, was also taken away. The employees wanted to confiscate all of the publishing house’s computers, but lawyers on hand said that such an action would be a violation of the law.
Publishing House chairman Shahbaz Khuduoglu told the Institute for Reporters’ Freedom and Safety, “I consider this pressure from the government. Tomorrow Baku City’s Tax Department employees will continue searches in “Chap Evi” Printing House too. It should be noted that, yesterday (January 21) department employees also came to “Ganun” Publishing House, as well as “Chap Evy,” which are both owned and operated by Khuduoglu, and wanted to confiscate all of the computers there, but left suddenly at about 5 p.m. in the evening, after arriving at about 9 a.m.
Previous Post

STATEMENT OF THE INSTITUTE FOR REPORTERS’ FREEDOM AND SAFETY

LIVE BROADCASTING SOON TO BE REGULATED BY LAW