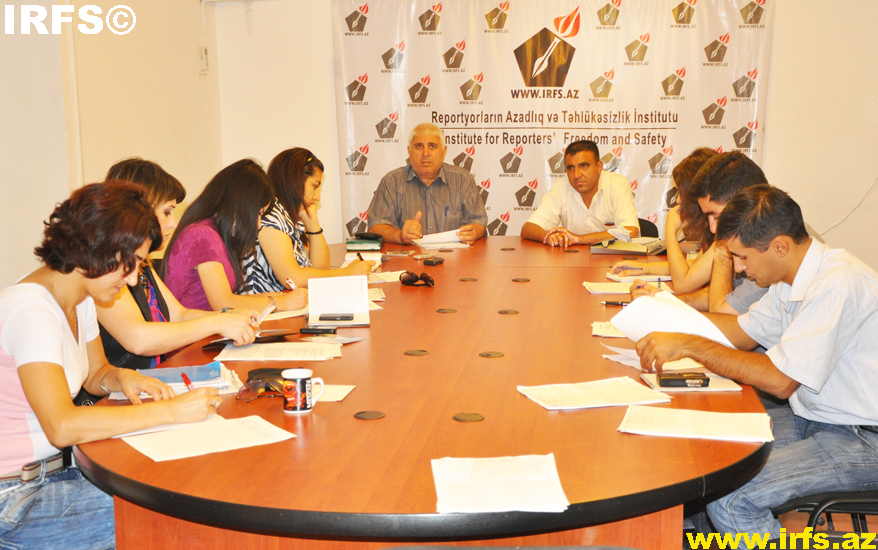 Today, 28 August, in the press center of the Institute for Reporters’ Freedom and Safety, Garabag invalid Bakir Bayramov conducted a press conference in connection with the explosion of his house.
IDP from Gubadli region Bakir Bayramov told journalists that in January his room, which is located in the dormitory of the Azerbaijan State Oil Academy, was exploded as a result of gas leakage. He used to live there with his family.

Bayramov claims that Alovset Guliyev, the owner of the “Gozel mekan” restaurant located beneath his room, Head of the student settlement Kamal Guliyev, Chief of the Gas Exploitation Office Yashar Osmanov are accountable for the incident.

“I appealed to Law Enforcement Organs because the restaurant operates as brothel,” said Bayramov. After one day, gas began to leak into my room from restaurant. Although Chief of the Nasimi District Gas Exploitation Office Yashar Osmanov confirmed the gas leakage, he accused me in giving false information after seeing the owner of the restaurant. The room exploded as a result of gas leakage on 5 January. I and my family sustained burns from the fire.”

He said that he appealed to the president and to relevant organs regarding this problem. “Appealing by means of the press, I want people harming my family and me to be punished,” noted Bayramov.

ANS AND “YENI MUSAVAT” WILL APPEAL TO COURT