GOYCHAY REGION RESIDENT CLAIMS HE WAS ASKED TO PAY BRIBE 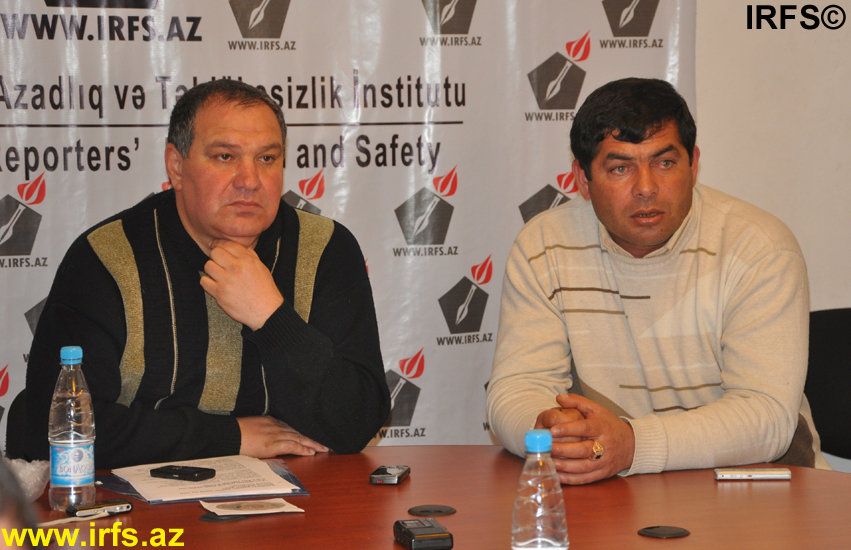 Today, 1 April, in the press center of the Institute for Reporters` Freedom and Safety, human rights defender Vidadi Isgandarov held a press conference regarding the 3000 (three thousand) AZN demand of Goychay District Police Department employees from region resident Adalat Zulfugarov.
V.Isgandarov said that A.Zulfugarov was stopped by State Road Police Employee Bakhtiyar Hashimov and they had an argument between them. “Bakhtiyar Hashimov claimed that Zulfugarov attacked him,” said Isgandarov. “Then he was asked to pay 6000 AZN in bribes. He was told that 2000 was for his bail and 4000 AZN for court.”
A.Zulfugarov said that his brother-in-law Mahir Aliyev came to the police department and Aliyev was asked to pay 3000 AZN in return of Zulfugarov’s release. Mahir Aliyev gathered this amount from relatives and took it to the police department. Then he was freed.
A.Zulfugarov said that he is engaged in ownership in the region and all these problems are related to his work.
“Bakhtiyar Hashimov pulled me over many times and asked me to pay claiming that I had curtains in my car that restricted the visibility,” said Zulfugarov.
A.Zulfugarov received calls from the Goychay District Police Department after he talked about this issue at Radio Liberty, and they asked him not to publicize it.
Previous Post