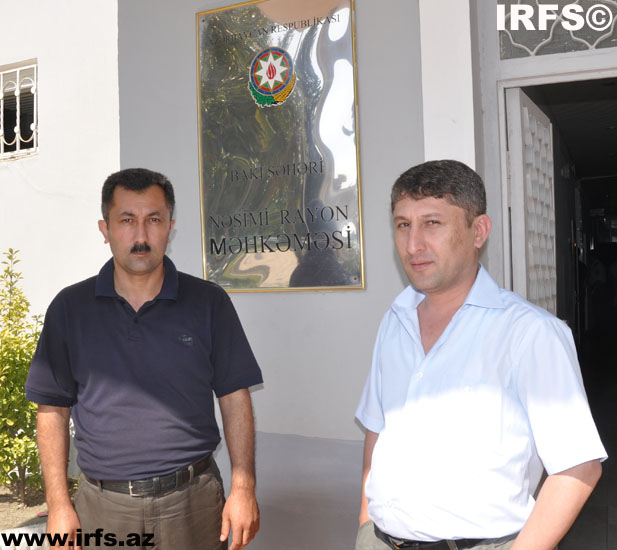 Today, 7 August, in the Nasimi District court, under the chairmanship of Judge Elmar Karimov, the hearing scheduled to be held on “Khazar-Lankaran” Football Club President Mais Masimov’s lawsuit against “FANAT.AZ” sports website project head Zahir Azamat and sports writer Natig Mukhtarli in the special format under articles 147.2 (accusing someone in grave or especially grave crimes) and 148 (insult) of the Criminal Code was postponed.
Due to defendant’s lawyer Khalid Bagirov’s appeal to postpone the hearing, the judge rescheduled the next hearing on this case for 17 August at 4:00 p.m.
Claiming that his honor and dignity were insulted in Natig Mukhtarli’s column articles placed on “FANAT.AZ” sports website, Mais Masimov filed a lawsuit against Zahir Azamat and Natig Mukhtarli in the special format.
Previous Post