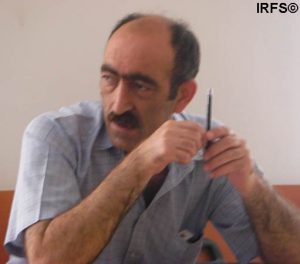 A court hearing was held on October 14 in the case of Nota Bene newspaper chief editor Serdar Alibayli in Khatai District Court.

The plaintiff, Namig Amirov and the plaintiff witness, both testified in court. According to the plaintiff, Alibayli punched and kicked him and hit him in the head with a stone when he tried to run away.  The witness said he did not see the incident clearly as he was far away, but said he saw the victim running away covering his head with his hands. After the state prosecutor and defense lawyers pointed out contradictions in the witness’ testimony, the latter argued that he had forgot some issues as several months had passed since the incident happened.

Defense lawyer Samir Isayev filed a petition asking permission for filming and photographing during the proceedings, which was denied by the court.

Background: Serdar Alibayli was detained on July 31 and taken to Khatai District Police Office #37, where he was given a 48-hour remand. Alibayli is charged under Article 221.3 of the Criminal Code (the hooliganism committed with application of a weapon or subjects, used as the weapon) which carries a maximum seven years in prison.

The journalist was sentenced to two-month pretrial detention on August 2. The decision was upheld by the Baku Appellate Court on August 12. He is currently held in the Baku detention centre.

The journalist doesn’t agree with the accusation and considers it false. He sees the critical articles he has recently written as the real reason behind his arrest.

Journalists harassed and assaulted at a sanctioned protest of opposition

Closing arguments to be heard in journalist Nijat Aliyev’s trial