HEARING HELD ON LAWSUIT IN SPECIAL FORMAT AGAINST “FANAT.AZ” WEBSITE 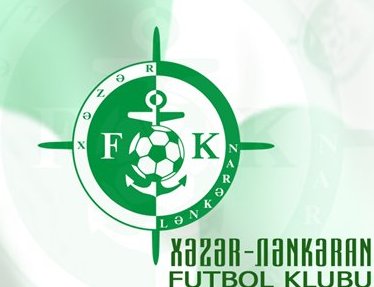 Today, 26 August, in the Nasimi District court, under the chairmanship of Judge Elmar Karimov, a hearing was held on “Khazar-Lankaran” Football Club President Mais Masimov’s lawsuit against “FANAT.AZ” sports website project head Zahir Azamat and website’s sports writer Natig Mukhtarli in the special format under articles 147.2 (accusing someone in grave or especially grave crimes) and 148 (insult) of the Criminal Code.
Defendant website’s sports writer N.Mukhtarli, website’s project head Zahir Azamat and their lawyer Khalid Bagirov, plaintiff’s lawyers Mazahir Niftaliyev and Azer Tagiyev participated in the hearing.
Defendant Zahir Azamat spoke and said that he has no relation to this website and to the articles; therefore it is not fair to convict him. However, plaintiff’s representative Mazahir Niftaliyev said that FANAT.AZ is a press organ and Zahir Azamat is known as its head.
Then an investigation was conducted on four episodes in connection with articles in question and parties were asked questions. Plaintiff’s representatives claimed that Mais Masimov’s honor and dignity were damaged in these articles and he was slandered. Natig Mukhtarli confirmed that he is the author of the articles in question, but denied charges that he committed insult and libel in his articles. “I think there’s no insult or defamation in my articles,” said Mukhtarli. “In addition, several press organs published similar articles on the same theme before I did. However, the leadership of the club did not make any refutation regarding these articles.”
N.Mukhtarli then submitted the copies of articles published in other newspapers to the court as evidence.
The judge fulfilled the motion of the plaintiff to send an information inquiry to the Communication and Information Technologies Ministry to identify the owner of the website and scheduled the next hearing on this case for 27 August at 5:00 p.m.
Claiming that his honor and dignity were insulted in Natig Mukhtarli’s column articles placed on “FANAT.AZ” sports website, Mais Masimov filed a lawsuit against Zahir Azamat and Natig Mukhtarli in the special format.
Previous Post