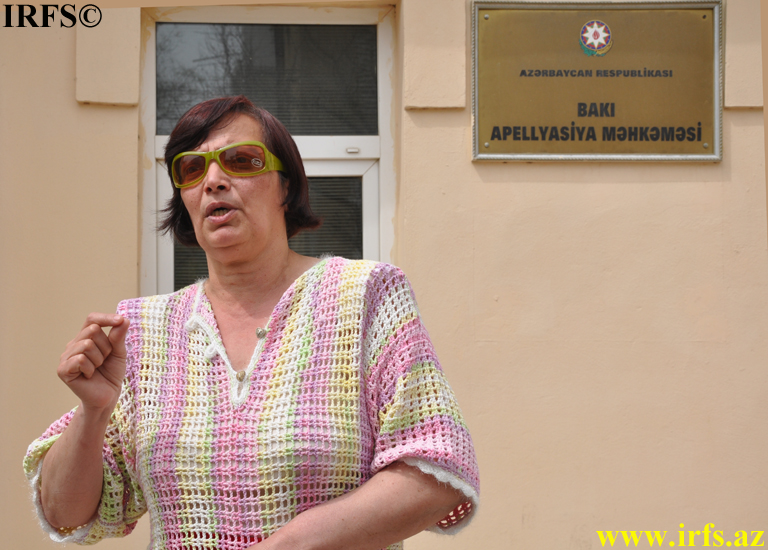 Today, 13 May, in the Baku Appellate Court, under the chairmanship of Judge Sagi Mammadov, a hearing was conducted on the appeal of “Regional Human Rights and Education Center” Public Union Chairperson Latifa Malikova.
Plaintiff L.Malikova asked the court to fulfill the appeal. She added that she appealed to the Justice Ministry again on 26 April 2010 to register the organization.
Judge Sagi Mammadov said that the decision will be issued after the result of the new appeal to the Justice Ministry is released, and scheduled the next hearing for 20 May at 3:30 p.m.
L.Malikova appealed to the Justice Ministry in November 2008 to register the “Regional Human Rights and Education Center” Public Union, and then appealed to court due to the Ministry’s refusal to register the union. On 1 July the Yasamal District Court issued a verdict to not fulfill the lawsuit. On 29 September 2009, the Baku Appellate Court upheld the decision. Malikova filed a cassation appeal and the Supreme Court issued a decision on 27 January 2010 to send the case to the Appellate Court for reconsideration.
Previous Post