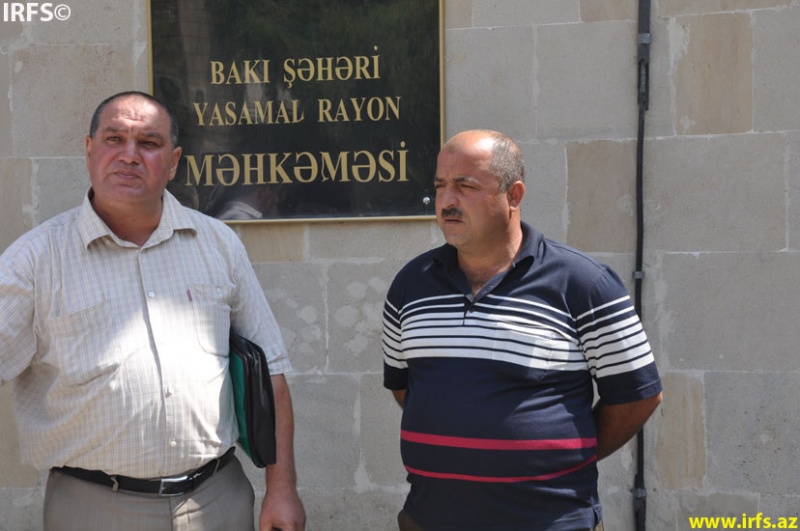 The judge postponed the hearing as the representative of special plaintiffs Alirza Abilov did not participate in the hearing.

Vidadi Isgenderov requested the judge to not prolong the hearing and to ensure participation of plaintiff’s representative in the hearing.

The Judge then scheduled the next hearing for 23 September, at 3:00 p.m. and said that even if the special plaintiff’s representative doesn’t participate in the next hearing, the decision will be made.

BACKGROUND
At the beginning of June, Vugar Mammadyarov was dismissed from his post at the Goychay Regional Police Department, and he then was appointed as the chairman of the State Road Police’s Shirvan City Registration Examination Department.
The plaintiffs believed Isgenderov insulted them in the article entitled “Police got a 3000 AZN bribe from me” that was published in Azadlig newspaper on 2 April. They filed special lawsuits against him under article 147.2 (slandering by accusing someone of grave or especially grave crimes) of the Criminal Code.
Previous Post