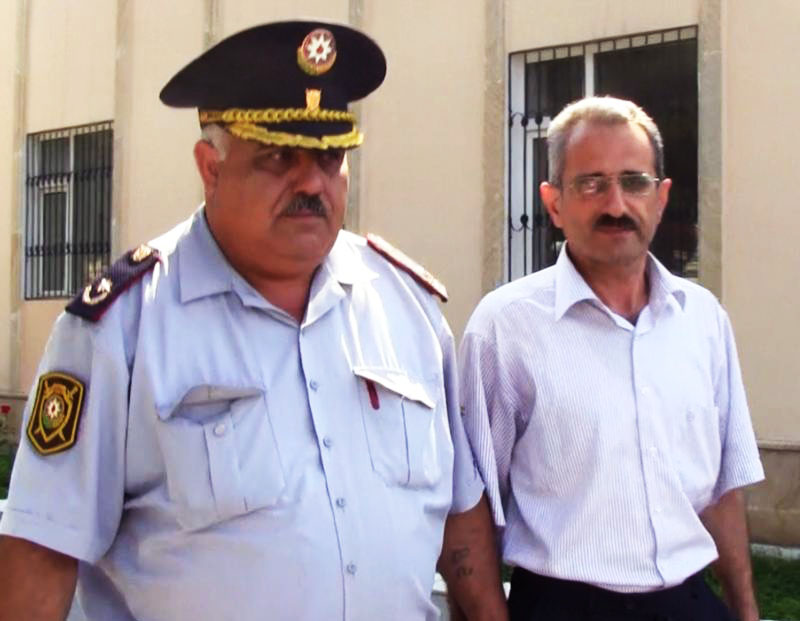 On January 9, 2013 the Baku Grave Crimes Court, under Judge Azer Orujov, held a preparatory meeting in the case of Tolishy-Sado newspaper chief editor Hilal Mammadov. Media workers, human rights activists and representatives of international organizations and embassies who came to observe the proceedings were strictly checked before being allowed to enter the courtroom.

Mammadov’s lawyer Khalid Bagirov made several petitions asking the court to allow Mammadov to sit next to his lawyer, permit video and audio recording of the proceedings, annul the criminal case, replace the pretrial detention of Mammadov with house arrest and drop the drug-related charges against Mammadov. Lawyer Javad Javadov, who attended the January 10th hearing, filed a motion with the court asking to release Mammadov on bail based on a request made to the court by well-known lawyers and NGO leaders. None of the petitions were granted.

In his turn, public prosecutor Tural Yusifov said some materials in Mammadov’s case file were ‘state secret’, and asked the court to hold a closed hearing when investigating these materials. Hilal Mammadov announced that he would not come to the trial if it was held closed and asked his lawyers to act similarly.

Then the judge paused for deliberation without allowing the lawyers to file new petitions. After two hours of deliberation, the judge scheduled the next hearing for January 23, 10:30am. The first part of the hearing relating to the criminal charges under Articles 274 (treason) and 283 (inciting national, racial, social and religious hatred, hostility and ethnic discrimination) will be held closed, while the second part focused on drug-related charges (Article 234.4.3 of the Criminal Code) will be open to public.

Once convicted on all of the charges brought against him, Mammadov may face confiscation of property and imprisonment for up to 12 years.

Lawyers stunned after the lead plaintiff in Zeynalli case pulls out