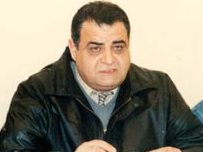 Azerbaijan Committee against Torture Chairperson Elchin Behbudov addressed an appeal to President Ilham Aliyev in connection with the arrest of young bloggers Emin Milli (Abdullayev) and Adnan Hajizade. The Institute for Reporters’ Freedom and Safety was told this by E.Behbudov.
In his appeal, the human rights defender asked the president to take relevant measures to free the young bloggers since they are very young, said E.Behbudov adding that in the near future he will visit the Justice Ministry Investigative Prison of Baku to meet with Emin Milli and Adnan Hajizade.
On 8 July, at approximately 8:00 p.m., Emin Milli and Adnan Hajizade were sitting at a table in “Lebonese” (Livan) restaurant along with several other young adults, when two people that looked like sportsmen came up to them, and attacked them causing physical injuries. Although they appealed to police as victims, police detained Adnan and Emin as suspected persons for 48 hours and freed the attackers. On 10 July, Sabail District Court Judge Rauf Ahmadov issued a decision under article 221.2.1 (hooliganism) of the Criminal Code to sentence Emin Milli and Adnan Hajizade to two months pre-trial detention. On July 20 the Appellate Court upheld the decision of the lower court. Both Emin Milli and Adnan Hajizade are being held in the Investigative Prison of Baku.
Previous Post

EDITOR-IN-CHIEF’S MOTION TO THROW OUT LAWSUIT NOT FULFILLED