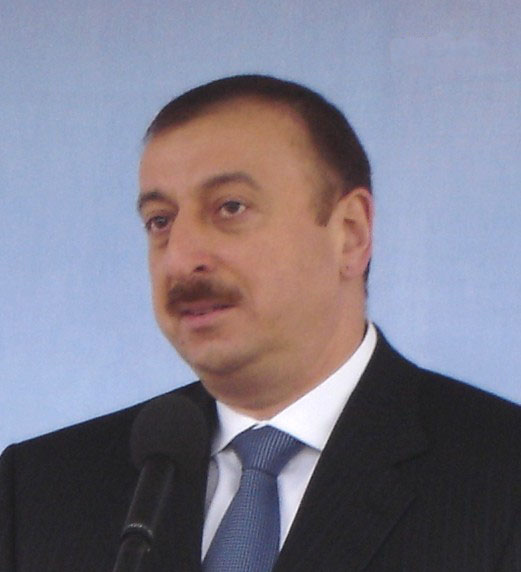 The President of Azerbaijan Republic Ilham Aliyev has been declared "The Person of the Year" by ANS Independent Broadcasting and Media Company and by the Chingiz Mustafayev Fund.
Yesterday a ceremony was performed for Ilham Aliyev.  The 5000 AZN award and a Diploma were presented by National Hero Chingiz Mustafayev's son Fuad Mustafayev.
IRFS watched parts of the ceremony on TV. Warm behavior was observed between ANS Director Vahid Mustafayev and President Ilham Aliyev. In a speech during the ceremony, V. Mustafayev stated that the president was named "Person of the Year" because of his work throughout 2007, for his role in restoring the activity of ANS TV, extending the TV channel's license, and for pardoning some of the imprisoned journalists at the end of the year.
In response, Ilham Aliyev gave a speech in which he expressed his position on the Azerbaijani Press, among other topics. Aliyev said, "The activity of ANS should be an example for other press organizations. Fabricated Karabakh Separatists are propagated, they are vindicated, and their actions are concealed, but Azerbaijani soldiers are condemned. These types of journalists have no place in the press or in society."

“CHAP EVY” PUBLISHING HOUSE WILL NOT OPERATE ON SUNDAYS