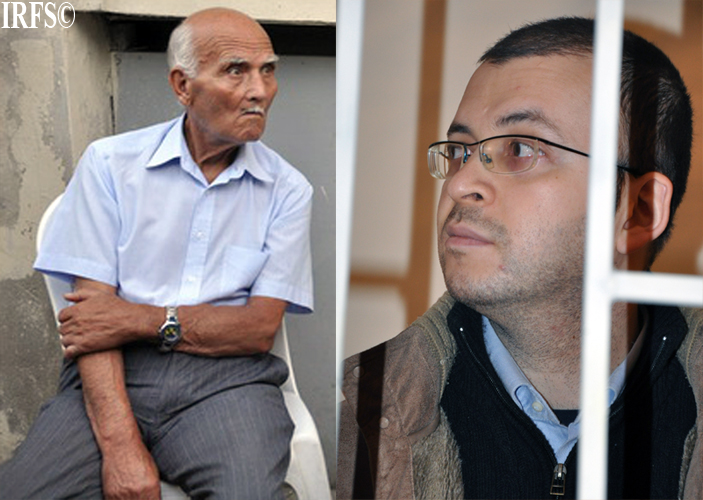 Today, 29 June, Pasha Abdullayev, the father of imprisoned youth blogger Emin Milli has passed away. Emin Milli’s lawyer Elton Guliyev told the Institute for Reporters` Freedom and Safety that Pasha Abdullayev, whose health deteriorated at night on 29 June, passed away several hours after. He was buried in the Oryat village of Neftchala region.

The lawyer added that although an appeal was addressed to the Penitentiary Services of the Justice Ministry to permit Emin Milli, who is being held in prison #5 in Khalaj settlement of Salyan region, to participate in the funeral ceremony of his father in accordance with the legislation, the blogger was denied permission.

Justice Ministry Penitentiary Services Public Relations Department Head Mehman Sadigov told IRFS that the issue regarding the participation of Emin Milli in his father’s mourning ceremony is being considered; however, no decision was issued yet.

Close to the end of the day Mehman Sadigov told Radio Liberty that Emin Milli was given three day permission to participate in the funeral of his father.

On 8 July, at approximately 8:00 p.m., Emin Milli and Adnan Hajizade were sitting at a table in “Lebonese” (Livan) restaurant along with several other young adults, when two people that looked like sportsmen came up to them, and attacked them causing physical injuries. Although they appealed to police as victims, police detained Adnan and Emin as suspected persons for 48 hours and freed the attackers.

On July 20 the Appellate Court upheld the decision of the lower court. The investigation of the criminal case was concluded and a criminal case under articles 221.2.1 (hooliganism) and 127 (inflicting intentional minor bodily harm) was opened against E.Millli and A.Hajizade and the case had been sent to court to be considered. According to the verdict of the Sabail district Court, Emin Milli was sentenced to 2,5 years imprisonment and Adnan Hajizade to 2 years imprisonment on 11 November. On 10 March, the Baku Appellate Court adopted a decision to uphold the verdict of the Sabail District Court. Local and international organizations recognized the youth bloggers as prisoners of conscience.