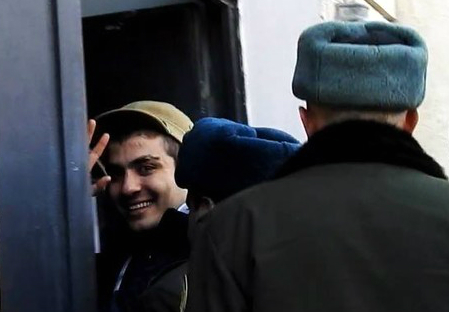 At the hearing, Mehman’s lawyers stressed the importance of viewing the security camera recordings from 9 January from the area, where Mehman Huseynov had been detained, and from Nasimi District Police Department. The lawyers also filed a motion asking the court to ensure that the filer of the private lawsuit, Nasimi District Police Department’s Chief Musa Musayev attend the proceedings.

After a deliberation, judge Aflatun Gasimov denied the motions and set the next hearing for 1 December.
Mehman Huseynov was arrested after his public statements on his subjection to torture in police custody in January of this year.

On 3 March 2017, Surakhani District Court convicted Mehman Huseynov of slander (Article 147 of the Criminal Code) and sentenced him to 2 years in prison.