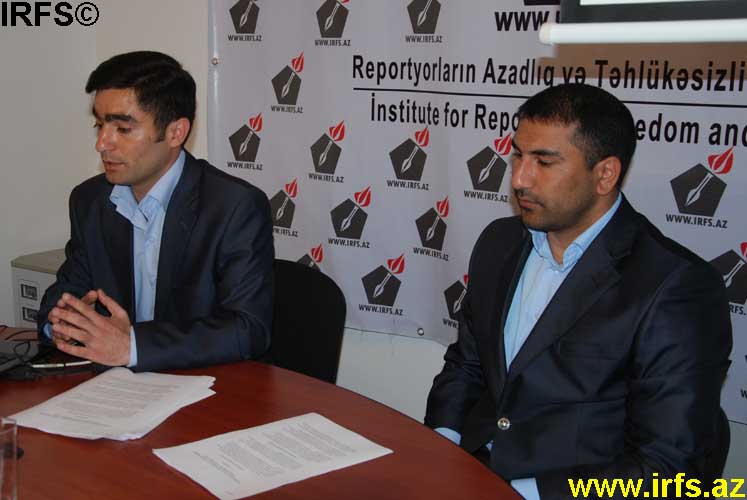 Today, 13 May, during a press conference conducted in the Press Center of the Institute for Reporters’ Freedom and Safety, “International Students Cooperation” Public Union (ISCPU) unveiled its April report for the “Education News” Project.
ISCPU Head Elnur Mammadov said that the report was prepared on the basis of information about law violations in universities placed in the blogs by students. “The key objective of the project is to increase students’ interest in blogs and to deliver information about law violations in higher schools to the public,” noted E. Mammadov, adding that 15 students from state and private universities are participating in the project.
According to Mammadov, bribery during exams, the selling of books that are expensive and not relevant to their subjects to the students, law violations during exams, and the appearance of new students during exams in several universities have been reflected in the report.
Noting that most law violations occurred at Azerbaijan Beynelkhalg (International) University, Azerbaijan State Pedagogical University, Azerbaijan State Economic University, and Azerbaijan Medical University, E. Mammadov said that this investigation will be carried out at vocational and professional schools if this project becomes successful.
“As ISCPU, we are trying to assist in the development of education a little if not a lot,” added Mammadov.