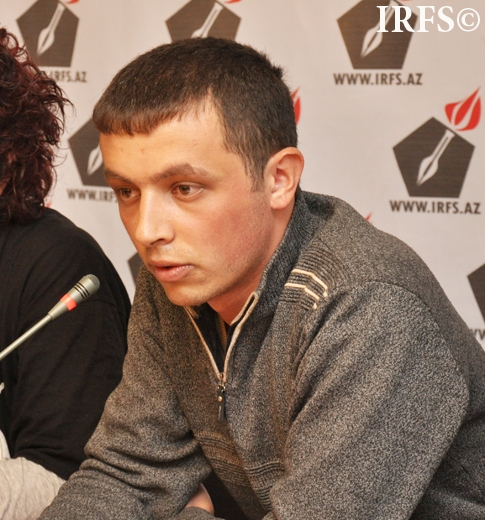 Parviz Azimov, who was expelled from Lankaran State University (LSU) visited Norway’s Embassy in Baku, Azerbaijan on 11 May 2009 in connection with efforts to reinstate him as a student at the university. The Institute for Reporters' Freedom and Safety was told this by Parviz Azimov.
Parviz Azimov said he met with First Secretary of Norway’s Embassy Richard Scarborough. Norway’s ambassador is concerned about this issue and is planning to visit Education Minister Misir Mardanov, added Azimov.
Azimov claims that the main reason for his expulsion is his journalistic activity. Also, he has appealed to Press Council Chairman Aflatun Amashov several times, but Amashov has been unable to meet, noted Azimov.
Press Council Chairman Aflatun Amashov told IRFS that a letter in connection with Azimov’s expulsion from the university has already been addressed to the Education Ministry and LSU Rector Asef Isgandarov, and this issue is being considered by the Council.
LSU claims that Parviz Azimov violated internal discipline rules to expel him, however Azimov alleges that he was expelled because of his article “Open Bazaar in Closed Rooms,” which was published in “Janub Khabarlari” newspaper on 10 February 2009.
Previous Post