IRFS APPEALS TO PRESIDENT REGARDING MONUMENT IN HONOR OF ELMAR HUSEYNOV 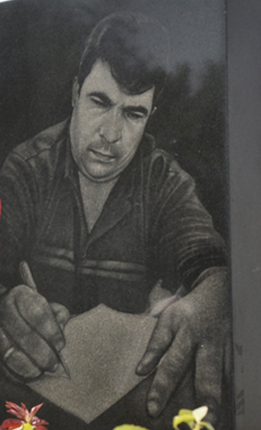 The Institute for Reporters’ Freedom and Safety (IRFS) addressed an appeal to the president of Azerbaijan Republic Ilham Aliyev again to erect a monument in honor of the late Editor-in-Chief of the “Monitor” Journal, Elmar Huseynov.
The appeal recalled that a number of appeals in this regard have been unsuccessful. Therefore, IRFS requested that the president issue an order to allocate a spot for a monument for Elmar Huseynov on the eve of 5th anniversary of his murder. In addition, erecting monuments in honor of other martyred journalists in the same area in the future was also put forth in the appeal. The appeal specified that the financial means needed for the monument will be paid by journalists.
On 2 March, from 11:00 a.m. to 2:00 p.m., in the press center of the Institute for Reporters` Freedom and Safety, a roundtable will be held regarding fifth anniversary of murder of Monitor Journal Editor-in-chief Elmar Huseynov. After the event, Elmar Huseynov`s grave will be visited.
A criminal case was opened regarding the murder of Elmar Huseynov who was killed on 2 March, 2005. However, the executors and people behind his murder have not been found to this day.
Previous Post

ROUNDTABLE CONDUCTED REGARDING CHANGES TO LEGISLATION ON MEDIA AND NGOS