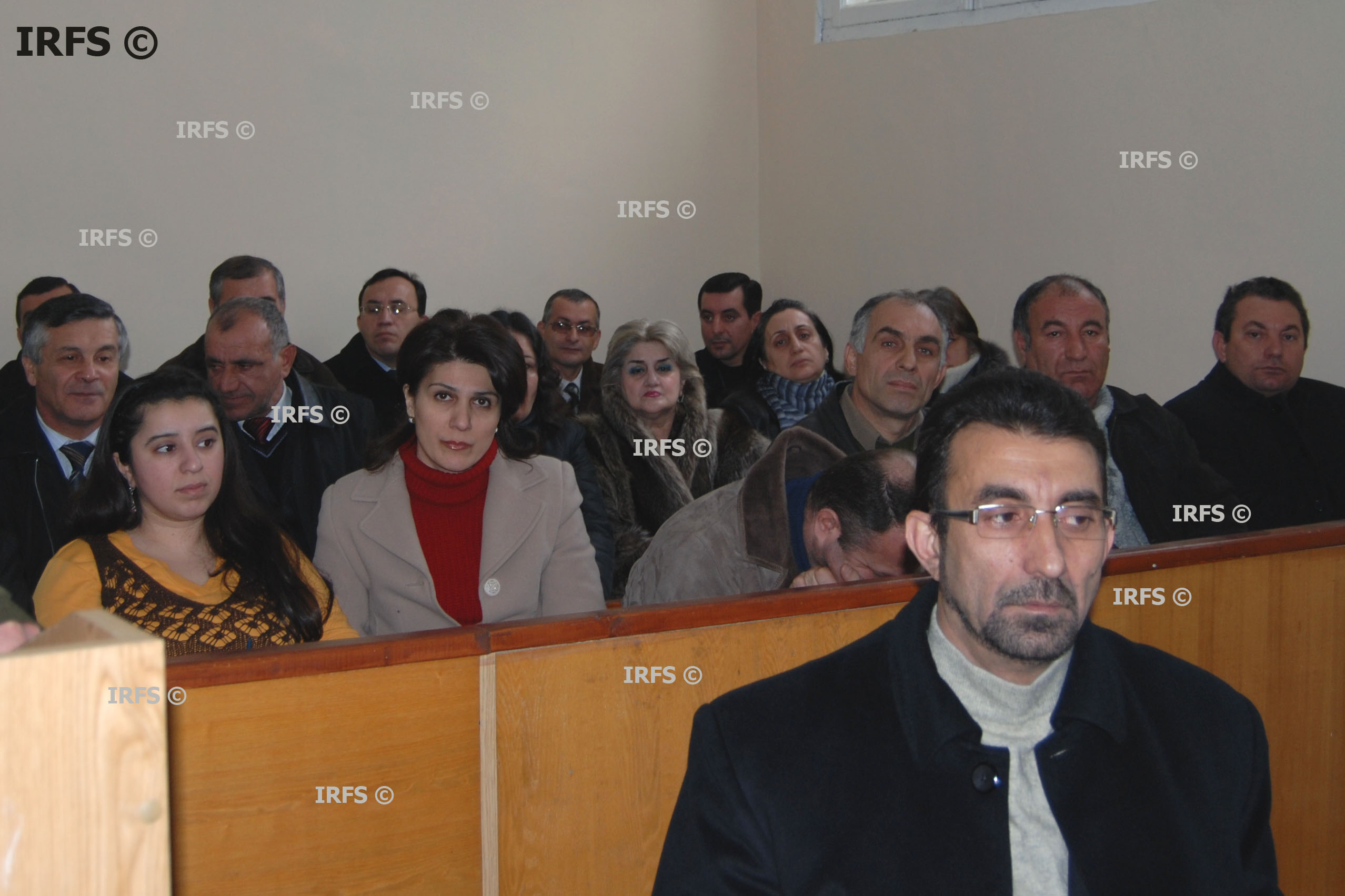 Today, 5 November, in the press center of the Institute for Reporters` Freedom and Safety (IRFS), IRFS conducted a presentation for the project “Monitoring of TV channels during municipal elections” within the framework of “Free Airwaves” project with financial support from the European Commission.
The project is being funded by the USA “Black Sea Trust” representation of the Marshal Fund in Baku. IRFS Chairman Emin Huseynov said that the project period is six months long. The monitoring period covers two months (23 October- 23 December).
Pointing out that the monitors received training before the start of the project monitoring, Huseynov emphasized that roundtables and an international conference will be held and information will be given to the public regularly during the project. Emin Huseynov noted that the monitoring are being conducted on eight nationwide TV  channels (AzTV, Public TV, Idman-Azerbaycan, Lider, ANS, Space, Khazar, ATV) and TV channels in   Nakhchivan Autonomous Republic (NTV, Channel 35) during the municipal elections.
The project’s trainer Rasul Jafarov said that a special training was conducted for the monitors in Nakhchivan. R.Jafarov said that the trainings are important from the theoretical and practical point of view and he gave information about monitoring methodology. According to Rasul Jafarov, monitored subjects included the heads of political parties and the representatives who participated in the election and the candidates who are neutral. General informative news regarding municipal elections is also being monitored.
The Marshal Fund “Black Sea Trust” representation adviser Mehriban Rahimli gave information about projects implemented by the Fund in Azerbaijan.
Photo: