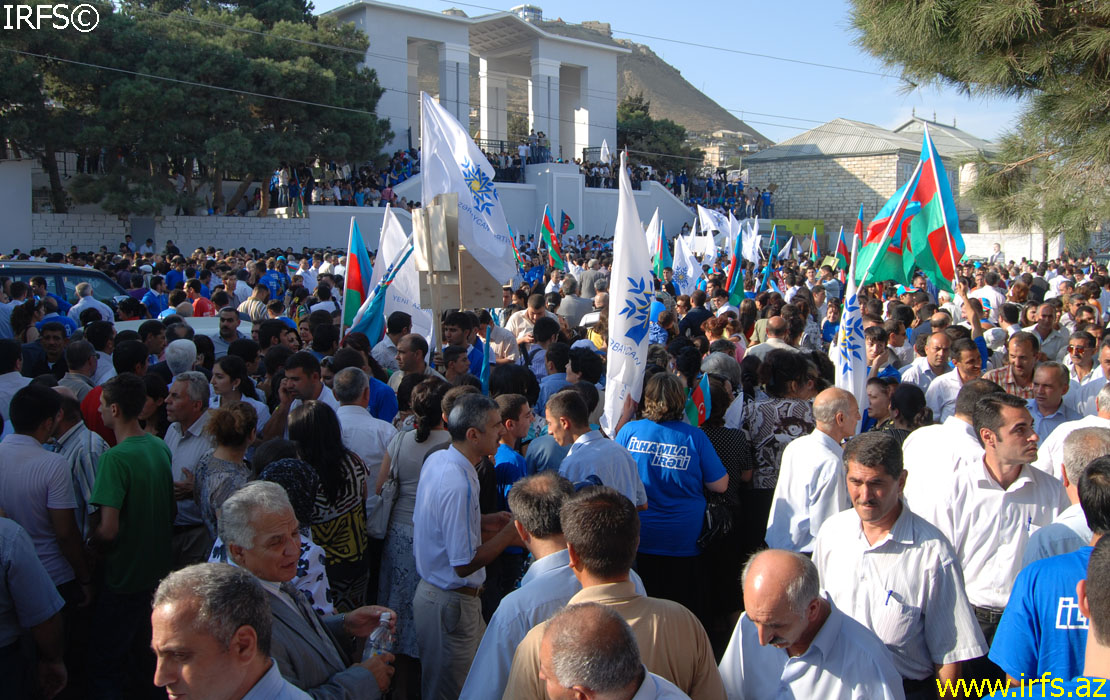 Two Institute for Reporters’ Freedom and Safety employees, Etimad Budagiv and Rasim Aliyev, were subjected to pressure at the event.

“I was photographing people being prevented from leaving the event by police,” said Aliyev. “At this point, police grabbed me by the arm and suggested that I not photograph this. Etimad called IRFS Chairman Emin Huseynov and started informed him about what was going on and then they left me alone and started harassing Etimad.

According to Aliyev, he was taken to Sabayil District Police Department Deputy Chief Kamal Valishov, who illegally reviewed the photos Aliyev had taken. Valishov demanded that Aliyev delete several photos and only released Aliyev, after he did this.