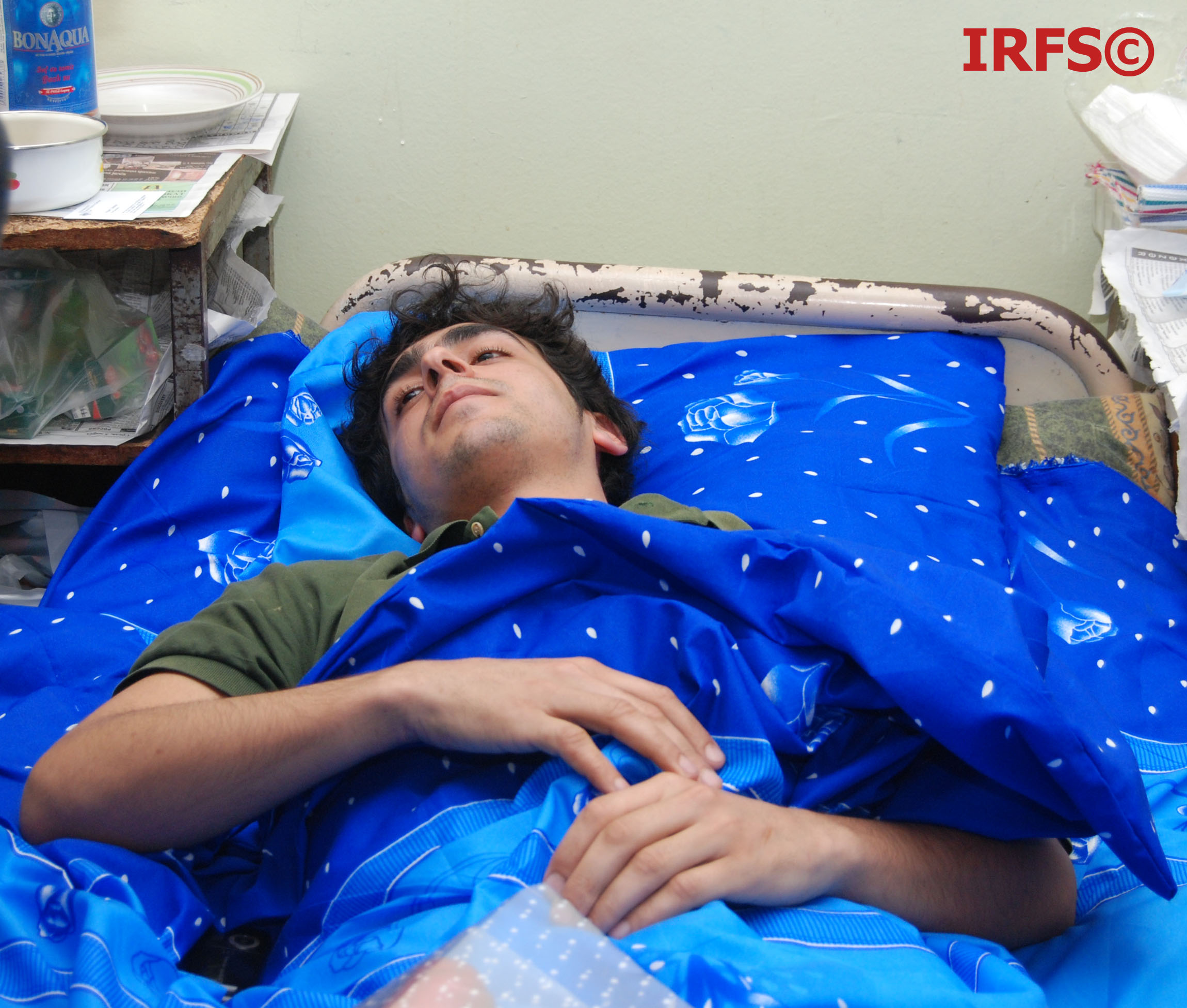 IRFS went to Musa Nagiyev First Aid Hospital this morning and spoke with Agil Khalil in the intensive care unit, to be familiarized with the case of “Azadlig” Newspaper correspondent who was stabbed yesterday evening.
Khalil told IRFS that he has already given police a statement about the incident. He said, “Staff from Yasamal District Police Department #26 took a statement from me. All night the police guarded me in the hospital.”
The journalist recalled the attack on him in this manner, “At about 7:30, I left work and as I arrived at the store by the Appellate Court I saw two people watching me. When I wanted to flee, two people came from behind and landed a blow on me. I quickly called the newspaper’s director Azer Ahmedov. I went with him to the police department. From there, we went to Musa Nagiyev First Aid Hospital. They carried out an operation on me.  While I feel ok now, I have pain in the lower part of my ribcage. I don’t want to leave here any time soon, but the doctors want to me to get out of intensive care. The reason for the stabbing is expressly my professional work. Neither me, nor my family have bad relationships with anyone. They were watching me because I complained to police after I was beaten on 22 February in the Binagedi District while preparing an article in the ‘Zeytun Baglari.’ I even received threatening phone calls. One of the people who stabbed me yesterday is also one of the people who have been watching me. Today I fear for my family. In fact I have no idea what I am going to do. At a minimum they could ensure that I live in safety.”
“Azadlig” Newspaper Director Azer Ahmedov told IRFS, “We suspect that these are the people who beat Agil Khalil. However taking into consideration that despite the presence of pictures of the people who injured Agil Khalil on 22 February, these people still have not been detained, I don’t believe that this crime will be solved. Because how many times have we been offered compensation and to compromise.”
Ahmedov added that a criminal case has already been instituted on this case on the basis of article 127.1 of the Republic of Azerbaijan’s Criminal Code (Intentional infliction of minor bodily harm).
Previous Post