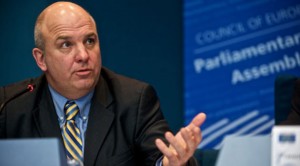 August 6, 2013 – The Institute for Reporters’ Freedom and Safety (IRFS) welcomes the strong signal sent today by Nils Muižnieks, Council of Europe Commissioner for Human Rights, to the Azerbaijani government about the importance of ensuring fundamental freedoms in the run up to October’s Presidential Election.

The Commissioner’s report, made public today makes clear that Azerbaijan has a lot to do when it comes to ensuring freedom of expression and assembly. However, Azerbaijani government’s comments on the report suggest that Azerbaijan may be unwilling to do that work.

‘We welcome the scrutiny given by Commissioner Muižnieks of Azerbaijan’s human rights record. This report endorses the views expressed by the independent civil society in Azerbaijan’, said IRFS CEO and Chair Emin Huseynov.

IRFS is dismayed that instead of acknowledging serious and sustained violations of the freedom of expression and providing a commitment to hold violators accountable, the Azerbaijani government rejects any criticism and says the report lacks “balance”.

‘All necessary conditions are created in the country so that media can freely operate’, stated in the Azerbaijani government comments to the Commissioner’s report.

‘By painting a rosy picture of the situation with freedom of expression in Azerbaijan the authorities once again confirm their intolerance to international scrutiny and criticism’, comments Huseynov.

IRFS welcomes the April 2009 statement by President of Azerbaijan that ‘any dispute with journalists should not result in their arrest and problems should be solved in accordance with international practice’, quoted in the Azerbaijani government comments on Commissioner’s report. Implementation of the recommendations made in the Commissioner’s report will show the reality of this commitment.

IRFS once again welcomes and provides unequivocal support for the report. ‘It is vital that the Council of Europe remains engaged in Azerbaijan, including by supporting independent civil society in their human rights work, IRFS CEO said.

IRFS adds its voice to the Commissioner for Human Rights call for immediate action to release all persons who are in detention because of their opinions and improve legislation and practice on freedom of expression and assembly.

IRFS calls on the international organizations to increase pressure on Azerbaijan to fulfill its international human rights and freedom of expression obligations at all possible bilateral and multilateral opportunities, particularly in the pre-election period.

Azerbaijan is clamping down on free speech as presidential election nears