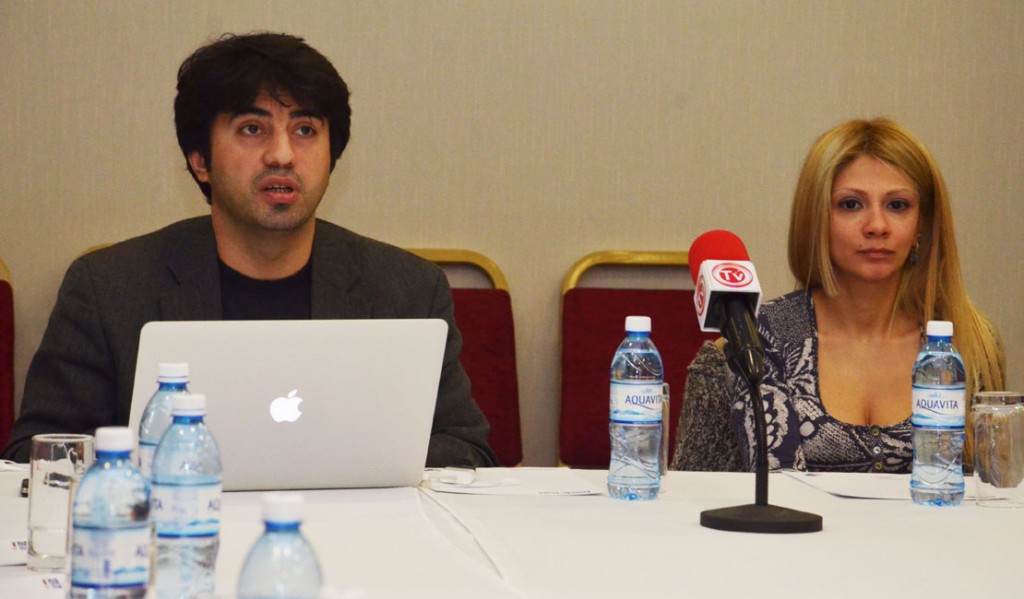 On Wednesday the Institute for Reporters Freedom and Safety (IRFS) held a presentation of its new website, irfs.org.

As IRFS director Emin Huseynov said, the former version of the IRFS website was built in 2007, on Joomla platform, which, at that time was quite technologically advanced. The new site contains information in Azerbaijani and English languages and was developed on Word Press platform, which is more secure for the NGO’s activity. Up to 9,000 pieces of information have been transferred from the older version of the site to the newer one.

The new site was built with financial support from the International Freedom of Expression Exchange (IFEX) and International Media Support (IMS).

IMS programme manager Gulnara Akhundova said main idea for the new website is to create favorable conditions for public advocacy campaigns to protect the freedom of the press and to report on the state of freedom of expression in Azerbaijan.

Speaking about technical specifications, advantages and search engine of the new site, Emin Huseynov noted that the new site will also have a section on IRFS financial statements. According to Huseynov, in 2013, IRFS will transfer its two other sites to the new platform: obyektiv.tv and nakhchivan.org.az.

It was also noted that after the 7th Global Internet Governance Forum held in Baku under the auspices of the UN, problems still remain. In addition to the arrest of Internet dissidents, there are legal and technical hindrances as well. The participants expressed regret over the support from Azerbaijan along with China, Russia, Iran and some Arab countries for the decision by the International Telecommunication Union, which effectively allows states to influence the online distribution of contents and legitimizes state control over the online networks.

Statement: Police brutality on journalists must not go unpunished