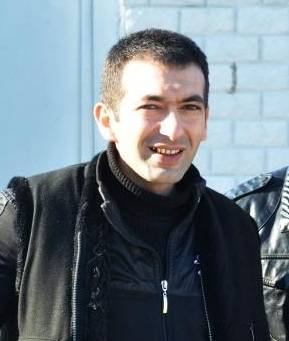 Human rights defender Taleh Khasmammadov, who is currently serving a jail sentence in Prison #17, has been placed in solitary confinement for 15 days, reported his wife, Fakhriyya Khasmammadova.

Taleh Khasmammadov was arrested in February 2015, charged under article 221.2 (hooliganism committed repeatedly) of the Criminal Code. On July 22, 2015, the Goychay Regional Court sentenced him to 3 years in jail.

Fakhriyya Khasmammadova believes that this is a punishment for her public appeal on February 11, in which she noted that her husband had not been transferred to a medical treatment facility despite his health problems.

The human rights defender’s family was told by the prison staff that he was being punished for fighting with his cellmate.

Taleh Khasmammadov’s mother said that during their phone conversation in early February, her son said he was being subjected to pressure.

Taleh Khasmammadov was previously convicted of hooliganism and resisting the police in 2011, and sentenced to 4 years in prison by Goychay Regional Court. He was released under a presidential pardon decree in December 2012.