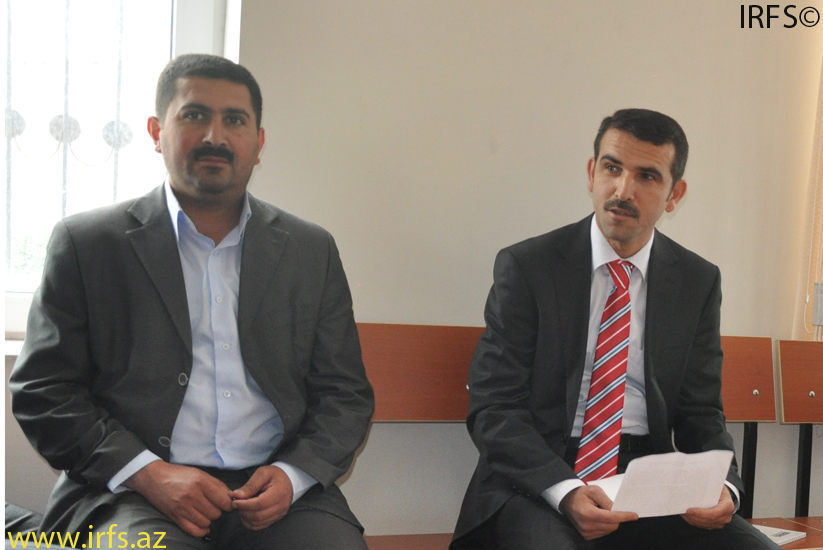 Judge J,Yusifov said that defendant Goshgar Bakili was also sent an invitation card but he did not participate in the hearing. V.Huseyn noted that G.Bakili is a freelance author.

The judge said that the lawsuit was taken for execution and scheduled the next hearing for 13 July, at 3.00 p.m.

The judge did not allow the Institute for Reporters’ Freedom and Safety (IRFS) Employees to take photos and film.

The lawsuit stems from article “The owner of the hotel that the President was dissatisfied with identified; ‘Baku hotel’s owner is J.Aliyev” published in Yeni Musavat newspaper on 5 January, this year.

In the recent past J.Aliyev filed a lawsuit in the special format under articles 147 (defamation) and 148 (insult) of the Criminal Code claiming that the information in this article was degrading to his honor and dignity and does not conform to reality. On 10 February 2010 Judge Ziya Aliyev adopted a decision to throw out the case claiming that the lawsuit was not prepared in accordance with the demands of the legislation. The plaintiff filed an appeal against this decision. However, he rescinded it on 4 May.