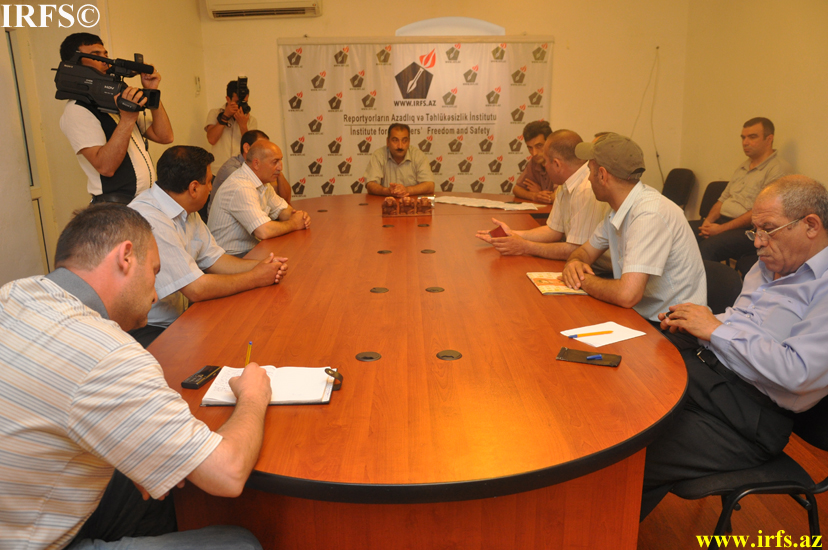 Today, 8 June, in the press center of the Institute for Reporters` Freedom and Safety, a group of people in the press distribution field conducted a press conference regarding a ban imposed on newspaper sales.
Arif Asgerov said that he has been engaged in press distribution on Nizami Street in Baku for 15 years. He pointed out that on 8 June, 2010 the employees of the Sabail District Police Office and the Sabail District Executive Administration imposed a ban on their work without giving any explanation.

“According to presidential decree number 50, we are engaged in individual ownership – street newspaper vending,” emphasized Arif Asgerov. “We pay 61 AZN state customs to the Baku City Trade Department every month. We received a monthly license on 28 May, we are not allowed to sale newspapers and magazines since 1 June. They said that the same decree was allegedly annulled. Although repair work has been carried out in Nizami Street and in Fountain Square for several months, we did not stop our work. The repair work is almost over, and they are telling us us that they will allegedly give us a different place. Although one week has passed, no place has been given to us yet.”

The event participants said that they will hold actions, and file lawsuits in the event that they do not end the ban. They emphasized that they will burn themselves if all these do not yield any results.