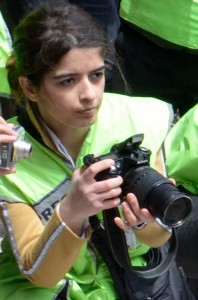 An Obyektiv TV reporter trying to cover the journalist Nijat Aliyev’s trial was not allowed into the court room after the judge objected to her presence. Fargana Novruzova, a correspondent for Obyektiv TV, was ejected from a court  even though other media representatives were allowed in.

Novruzova  told the court that she was a journalist and should be allowed to sit in the court. “I came to court today to cover the case as OTV has been following the case April 12, 2013. I am just doing my job. I told the guard who did not allow me in that he interferes with my professional activity. ‘It is the judge’s order’ he said in response”.

According to information Novruzova received from both the guard and journalist’s lawyer Anar Gasimli, the judge did not allow her in because of her affiliation with OTV.  “They (OTV) film the hearings and then post them on youtube”, the judge reportedly said.