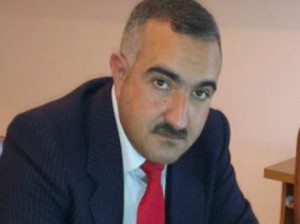 Editor of moderator.az website, Zulfugar Huseynzadeh was detained in front of the Department for Combating Organized Crimes (DCOC) of the Ministry of Internal Affairs on May 17th. According to Huseynzadeh, he went there at the request of lawyer Aslan Ismayilov, after the press conference he had organized in connection with unlawful arrest of blogger Rashad Ramazanov.

“When I got to there, I saw no one except for Ismayilov. More than 60 employees of Quick Police regiment and Post Patrol Service were waiting for us there. Then a few other media representatives also arrived. When Ismayilov started to speak about the unlawful arrest of blogger Rashad Ramazanov, the police approached him and began to push him towards the police car. I thought it was a provocation and advised Ismayilov not to resist the police. Then the police said that I also had to go with them to Narimanov District Police Office. At the police office I was treated normally, but they did not explain why they had detained me” said Huseynzadeh, and added that he would appeal to Interior Minister Ramil Usubov and demand punishment for those who had illegally detained him for 2 hours