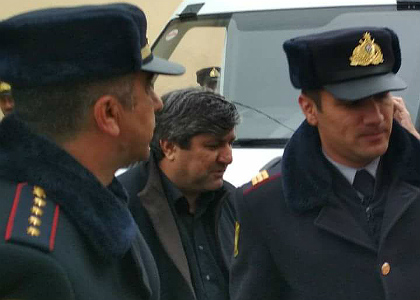 He was stopped by the police yesterday, while filming the blockage of the highway by police officers. The policemen demanded that he stop filming, but the journalist refused to comply. After that, Zeynalli was detained and taken to the 4th police office of Binagadi Police Department. He was charged for disobeying an officer under Article 535.1 of the Administrative Violations Code.

The court hearing took place without the presence of a lawyer and although it was formally open to public, no one was allowed into the courtroom.