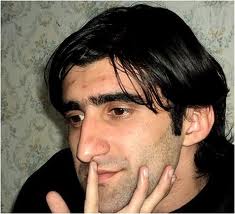 While filming a group of Popular Front Party activists protesting police violence against Mahammad Majidli and Babek Hasanov, Azadlig newspaper correspondent Ramin Deko faced police pressure in the park near Elmlar Akademiyasi metro station.
The police brought him to Yasamal District Police Office #28, along with the detained youth activists.
Deko reported to the Institute for Reporters’ Freedom and Safety that the police had taken his camera and returned it when they had deleted the photos from the memory card.
Previous Post

EDITOR-IN-CHIEF SENTENCED TO 1.5 YEARS IN JAIL