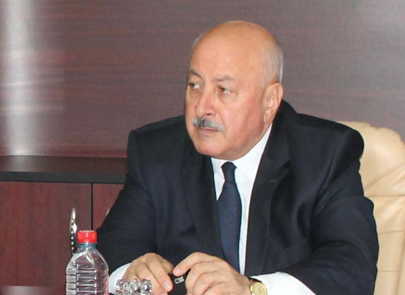 On December 1, the final court hearing on the lawsuit brought by Masalli regional executive power head Rafil Huseynov against the acting Editor-in-Chief of cenubnews.com website, Miralam Hashimov. According to the court’s decision, the journalist has been fined 2000 AZN.

The journalist rejected the charges, saying that the published articles did not insult anyone, let alone the Rafil Huseynov – the article did not even include the word “governor.” Hashimov

added that he would appeal the decision.

Background: Rafil Huseynov, the head of Masalli Regional Executive Power, sued the employee of cenubnews.com website, Miralam Hashimov, on October 17. According to the journalist, Rafil Huseynov claimed that Miralam Hashimov humiliated his honor, dignity and business reputation in online news reports, and demanded 5000 AZN in compensation.

“In the news article titled Masalli’s park boulevard flooded, no one was insulted, let alone Rafil Huseynov. As for the article titled Trees are cut in Masalli,  we noted that “we are ready to publish the opposite side’s views”. If the claims that the trees were cut by the leadership were false, they needed to refute this by talking to us. The article titled Rafil Huseynov: Go kill yourself if you cannot pay electricity bills was published with reference to the Muxalifet.az website, and the same news was published on a number of other websites too,” emphasized the journalist.