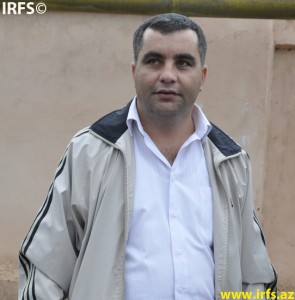 Yafez Akramoglu, correspondent of Radio Liberty’s Azerbaijani Service, gave a statement at the police station #2 of Khazar District Police Department on June 12. As the journalist told IRFS on June 13, he requested the law-enforcement agencies to secure his and his family’s safety, as one of the persons, who attacked him in the apartment where he stayed in Turkey, was now in Baku.

“As I reported nearly one month ago, while I was in Turkey preparing reportage about Nakhchivan residents living in Istanbul, I was dogged by an employee of Nakhchivan’s Ministry of National Security nicknamed Shahin (falcon).  Then he and a group of five other men busted the house where I stayed. They demanded me to give the reportage that I prepared about Nakhchivani people in Turkey. I later was informed that one of those men, named Khano Amayev, was in Baku. I had appealed to the police office #2 of Khazar District Police Department in connection with this. This morning the called me to the office and took my statement. At the police office they told me that the telephone number of Khano Amayev was out of reach, and that there was nothing more they could do. Just to note that it was me who presented Amayev’s phone number to the police office” said the journalist.

IRFS also failed to get through to Khano Amayev through phone. However in a phone interview Khano Amayev told musavat.com  that he does not intend to intimidate Yafez Akramoglu and his visit to Baku has other purposes. Amayev added that he had not been summoned to any law-enforcement agency for harassment of journalist Akramoglu.