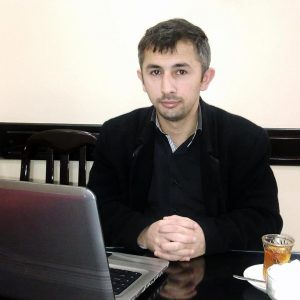 On 12 June blood samples were taken from arrested blogger Rashad Ramazanov, to detect whether they contained drugs, his lawyer Rovshan Shiraliyev told the Institute for Reporters’ Freedom and Safety (IRFS) on June 13. The lawyer said he met with the blogger in Baku Investigative Prison today, and that his health was normal.

“The investigator has appointed medical examination to determine whether he is a drug user. Blood samples have been taken from Rashad. We are waiting for the results of the test” said the lawyer.

The lawyer added that he intends to file a petition for Rashad’s case to be taken from the Department for Combating Organized Crime of the Ministry of Internal Affairs and to be entrusted to the Prosecutor General’s Office.

Background: Blogger Rashad Ramazanov (Rashad Hagigat Agaaddin) was detained on May 9, near the “20 January” metro station and taken to the Department for Combating Organized Crime. The police reportedly found 9 grams of heroin on the blogger.  Ramazanov rejects the charges. Once convicted, the blogger can face confiscation of property and imprisonment for 12 years. On May 20th the blogger was transferred to Baku Investigative Prison.

The blogger used his Facebook page to criticize ruling regime on the issues related to freedom and justice (http://on.fb.me/12G0WJE).