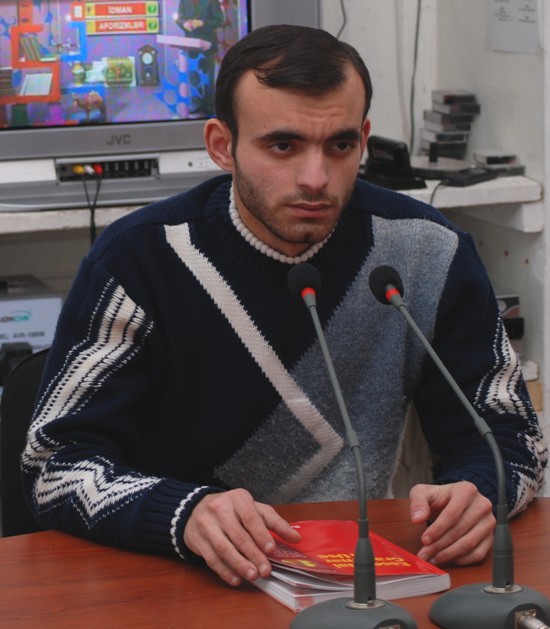 Today, 11 May, police and plain clothed people applied pressure against Institute for Reporters` Freedom and Safety correspondent Rasim Aliyev, who was preparing reportage about a hunger-strike being held by a group of Garabag invalids in front of ZQAN holding.
The journalist, who was implementing his legal work, asked the name of the police who ordered them to leave the area and took their photos. Police and plain clothed people attempted to take the journalist’s camera by force and delete the records. They distanced him from the area forcefully when he objected to this.

The owners whose kiosks in the underground trade center of 28 May subway station were taken from them claimed that their rights were violated by ZQAN Holding and therefore are conducting this action.