JOURNALIST, WHOSE FAMILLY WAS ASSAULTED, IS THREATENED 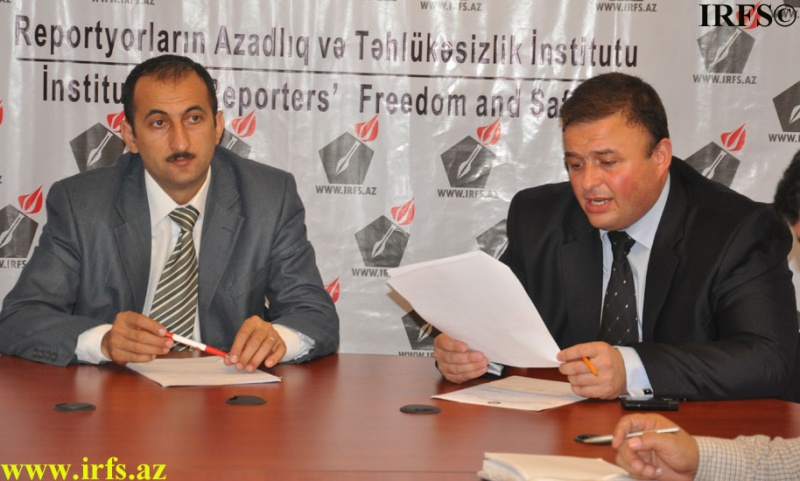 IRFS employee Idrak Abbasov, who also works for Ayna and Zerkalo newspapers, was threatened by two athletic-looking men at about 10.30 pm on September 20 while returning home from work, reported Abbasov in a meeting of Editors’ Union today.
They got out of a white Niva car (plate number 90 AX 171) and stopped and insulted him: “They insulted me and told me I should be more ‘clever’. My borther Raman Abbasov was also threatened about a week ago and was told that I should be ‘clever’,” Abbasov said.
On September 9th, the house where Abbasov’s relatives has been living for the past 25 years, in the Baku suburb of Sulutepe, was attacked by a group of Binagadi Oil Company employees, without any prior notice. His parents, his brothers and their spouses were all beaten with batons. His mother Naila Guliyeva and brother Adalat Abbasov were hospitalized in Clinic Center #1 and his father Telman Abbasov in city hospital $#4.
According to Abbasov, due to inadequate medical treatment, he had to take his brother and mother to a private clinic. His father’s treatment is ongoing in city hospital #4.
Investigation of the incident is underway at Binagadi District Police Office #40. The scene was viewed and photographed and the witnesses were questioned. Abbasov says that the police already have information about the identities of several of the people who injured his relatives, and on the vehicles used in the assault.
The police received a complaint against Idrak Abbasov under charges of hoolignism, and another one against his brothers Vagif Abbasov and Raman Abbasov under physical assault charges. Media rights institute lawyer Elchin Sadigov is acting on behalf of the family.
Previous Post