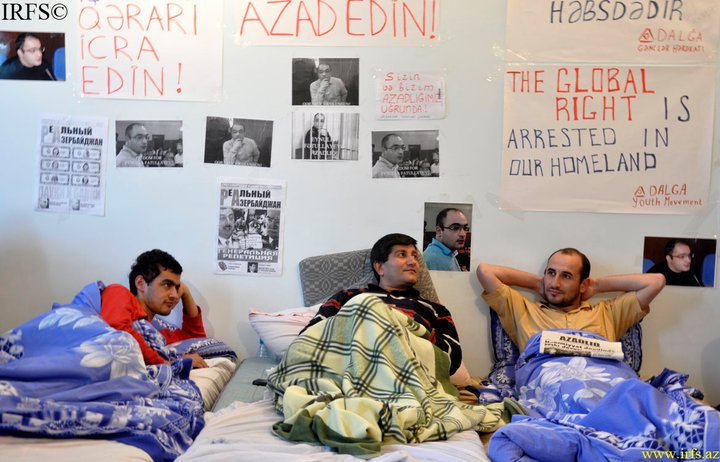 Imprisoned journalist Eynulla Fatullayev is continuing his hunger strike. Independent journalists Gabil Zimistanogly and Natig Javadli, from Bizim Yol newspaper, have begun a solidarity strike in the Musavat party head quarters.
Two other solidarity strikers, Yeni Musavat employee Samir Kazimli and young activist Emin Akhundov, stopped striking on October 27th.
Fatullayev has been striking in prison since October 19th in protest against the government’s non-execution of the European Court of Human Rights ruling for his immediate release. The Court’s decision was issued in April, and upheld against appeal on October 4th. The ruling demands Fatullayev’s immediate release, and that the Azerbaijani government pay him 27,822 EUR in compensation. His colleagues are supporting him through solidarity strikes.
Political asylum seekers from Azerbaijan have sent a letter to Eynulla Fatullayev and the other journalists supporting him. The letter asks the journalists stop risking their lives by striking.