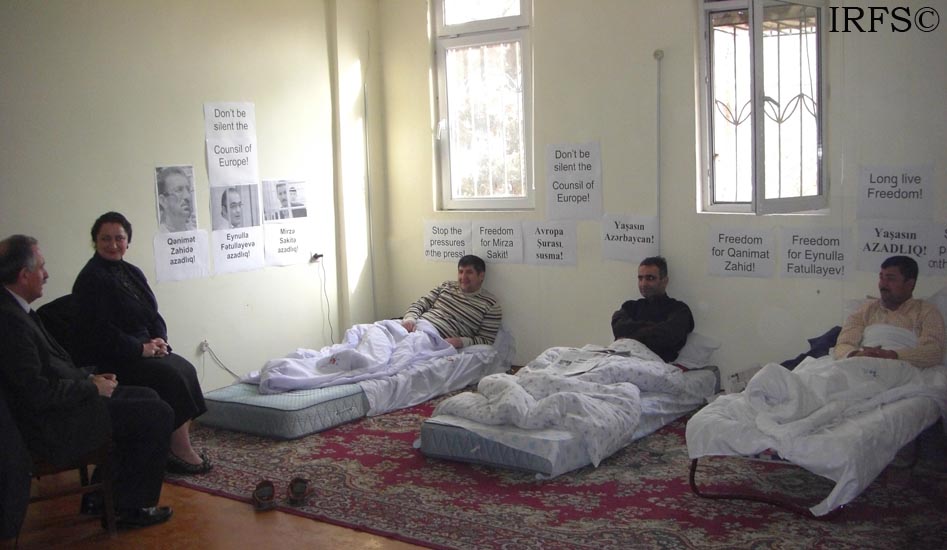 Yesterday three of the journalist hunger-strikers; Zamin Haji, Elshan Balakhanli and Zahid Safaroglu, stopped hunger-striking due to deteriorations in their health.

The Institute for Reporters’ Freedom and Safety was also told that the Emergency Medical Services was called because Shahvaled Chobanoglu’s health condition deteriorated. Despite this, Chobanoglu continues his strike.

PEOPLE HUNGER-STRIKING IN AZERBAIJAN DUE TO PRESSURE ON THE PRESS:
*The hunger-strikers are all striking with the same common demands, formulated by Eynulla Fatullayev. They are: all journalists and political prisoners must be released, and the Council of Europe and OSCE must present a mechanism to Azerbaijan's society for resolution of the political prisoners and prisoners of conscience problem.
Previous Post

JOURNALIST OREDERED TO BRING DOCUMENT TO PROVE RECEIPT OF LETTER