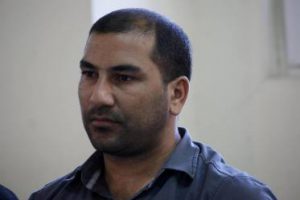 Relatives of the Azadliq newspaper employee, video reporter Khalid Garayev, who live in Imishli region, are subject to pressure by local authorities, Garayev said to Institute for Reporters’ Freedom and Safety (IRFS) today. The journalist said that Deputy Chief of the Criminal Investigation Department of the District Police Office Imanov (only surname is mentioned) has questioned his relatives about him and also their own places of employment.

“I phoned Imanov to ask for reasons of  the pressure on my relatives. Imanov refused to provide explanation except that they had received an order from secret agencies to do so” said the journalist.

Imanov confirmed the journalist’s claims to IRFS, saying that they scrutinize the journalist and his relatives after receiving a “confidential order”.