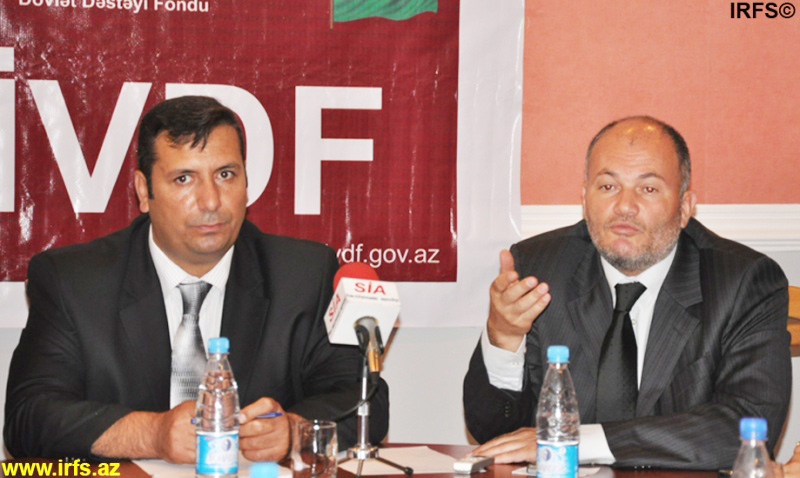 Today the Journalists Trade Union (JuHI) conducted a roundtable on the topic of “The creation and causes of Social Problems, and the research of ways of solving them”.

“Yeni Nesil” Journalist Union Chairman Arif Alyev talked about the need to expand the union’s movement to solve the journalists’ problems. “We practically want to be engaged in rights defense. However, the journalists don’t have any social rights. It is not possible to see this notion anywhere. To solve the journalists’ social problems, they need to comprehend this notion, and there should be a union movement. Otherwise, no achievements will be made,” he said.

The editor-in-chief of “Ayna” and “Zerkalo” newspapers Elchin Shikli linked the press’ social problems to irregularity of business and economy in the country. “There should be business, small and medium ownership in the country, so press can get advertising. If this doesn’t happen, no problem will be solved. A congratulatory note from the BP Company three or four times a year doesn’t mean advertising exists in the newspapers,” he said.