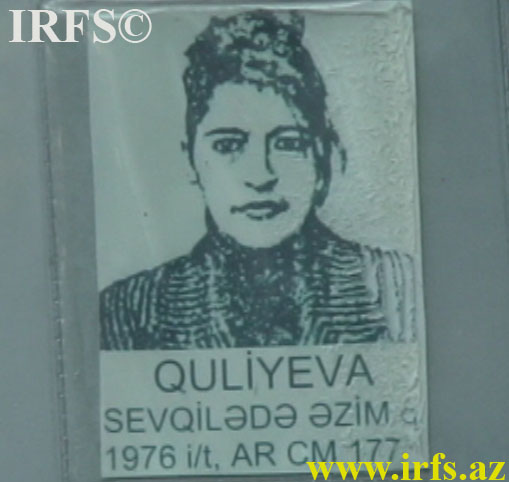 According to Zahidov, S.Guliyeva’s picture was put on the board when she was wanted, and her name remains there because of carelessness. Saying that the matter was investigated, Zahidov added that people who were responsible for removing the picture will be disciplined.