JUHI CONDUCTS ROUND TABLE IN CONNECTION WITH JOURNALISTS’ SOCIAL PROBLEMS 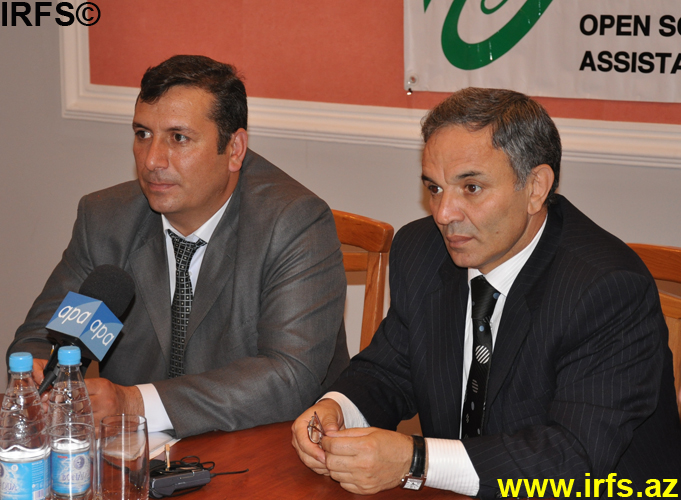 Today, 21 May, the “Journalist Union” (JuHI) conducted a roundtable in the conference hall of the Press Council on the theme “Existing condition in social situation of journalists: problems and solutions” within the framework of the project “Defense advocacy to protect social rights of journalists,” which is funded by the Open Society Institute.
Project Director, JuHI Chairman Mushfig Alasgarli opened the event and said that the social situation of journalists has improved in several editorial offices compared to 2007, and there have been some improvements in making labor relations official (contracts). According to Alasgarli, the average salary of the journalists working at most normal mass media outlets is about 300 AZN or more. “A year ago, however, average salary was between 180-200 AZN,” said Alasgarli. “In normal editorial offices labor contracts have been signed even if symbolically.”
Apart from daily newspapers and information agencies, the salaries at weekly newspapers are between 100-150 AZN and 90 percent of these newspapers don’t have any contracts signed with the journalists, according to M. Alasgarli.

HEARING ON IRFS CHAIRMAN’S LAWSUIT TO CONTINUE NEXT WEEK