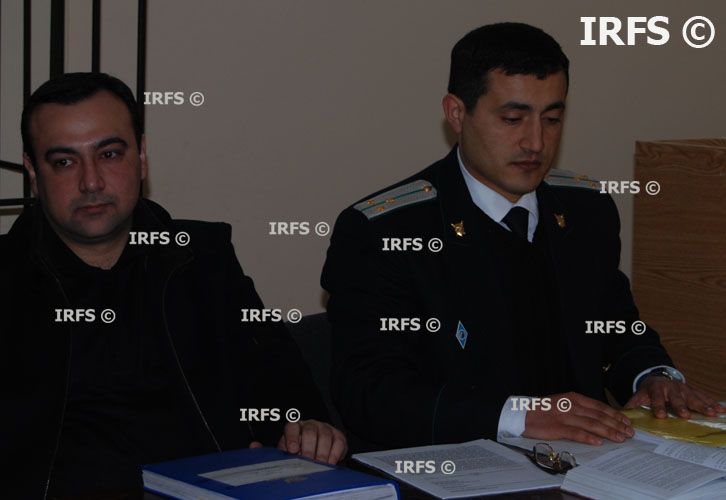 Today, March 31, in the press center of the Institute for Reporters’ Freedom and Safety, “Khojaly Genocide Presentation” Public Union conducted a roundtable discussion on the theme “Let’s not Forget Khojaly Genocide.”
At the beginning of the event a remembrance was held for the martyrs who became victims in the cities and regions of Azerbaijan as a result of barbarism of Armenian dashnaks on 31 March in 1918 and a ten minute film was shown. “Khojaly Genocide Presentation” Public Union’s Chairman, Journalist Shamil Sabiroglu spoke about important missions of the organization and noted that the aim in conducting the event is to deliver information about disaster Azerbaijani people had to go through because of Armenians to the world community.
“Armenians invaded our ancestors’ lands with the help of their religious brothers,” said Sabiroglu. “Because of our negligence, indifference and forgetfulness eighty percent of our lands have been invaded and our sons and daughters have been subjected to harsh torture.”
Scientific Researcher of the Slavian University’s Azerbaijan Science Cultural Center Nazim Tapdigoglu (Valishov) talked about misfortune Armenia brought to Caucasus region as a terrorist country.
In conclusion, “Khojaly Genocide Presentation” Public Union Deputy Chairman, IDP (internally displaced person) from Khojaly Khalil Shamar oglu Valiyev, Board Member of the Union and IDP from Khojaly Almaz Shohrat gizi Hasanova talked about barbarism and violence caused in Khojaly on the night of 25-26 of February by Armenian Military units with the assistance from infantry regimen #366 belonging to Russia.