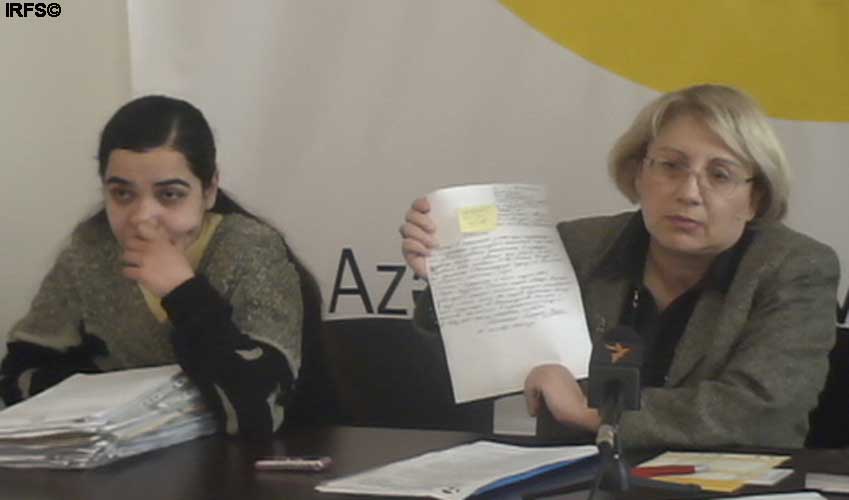 Today, 31 March, citizen Sayyara Heydarova conducted a press conference in “Azerbaijan Media Center” in connection with injustice she has faced. S. Heydarova said that in 2005 she was accused of beating four men, Rasulov Davud, Babayev Alim, Asgarov Yashar and Asgarov Alasgar, doing construction work in front of her house at 21 Khudu Mammadov st. in Baku and was involved in court and arrested unfairly.
S.Heydarova noted that she conducted a hunger-strike in 2005 due to injustice she encountered, she lost 20 kg and became second degree invalid as a result.
Noting that court hearings have been lingered on up to this day because the plaintiffs did not come to the hearings, injured party S.Heydarova noted that she is going to begin a hunger strike in front of the Presidential Administration after the next hearing is held on 7 April at 10:00 a.m. in the Surakhani District Court.
The Chairperson of the Institute for Peace and Democracy Leyla Yunus said that there is no independent court system, and she evaluated the injustice against young woman S.Heydarova as arbitrariness.
Citizen Sayyara Heydarova is accused of beating four men and was previously being held in prison.
Previous Post