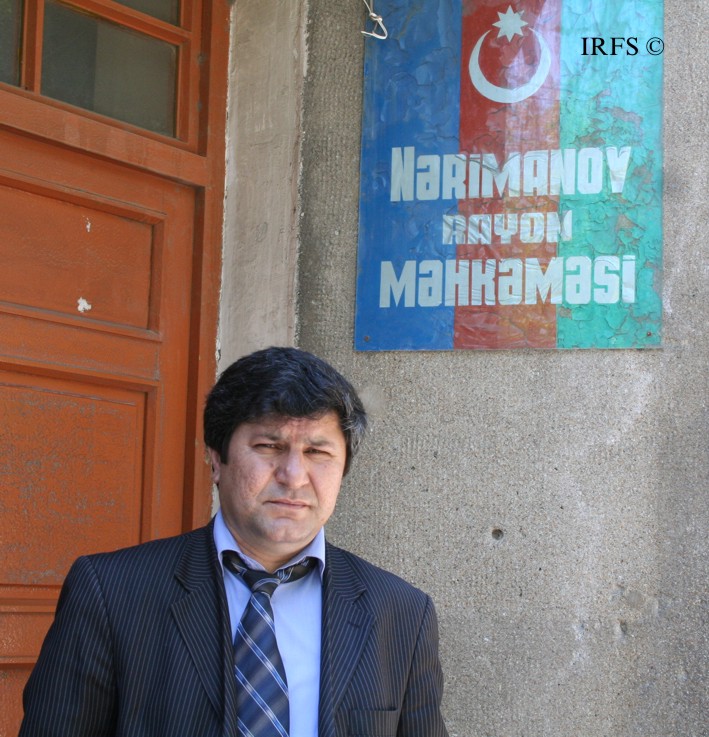 Today in the Narimanov District Court, under the chairmanship of the Judge Sevinj Aliyeva, a hearing on “Azerbaijan” Publishing House director Agabay Asgarov’s lawsuit against “Khural” Newspaper was conducted.
A reconciliation agreement was not concluded during the previous hearing, because Agabay Asgarov didn’t agree with some of conditions of the reconciliation agreement. Asagarov’s lawyer reported to this to the court. Then Judge Aliyeva gave Avaz Zeynalli the floor to explain the current situation.

Zeynalli said, “We met yesterday, all matters were discussed, and we came to an agreement. I took two obligations and he took two. Now I understand that the plaintiff doesn’t want to reconcile.” Zeynalli asked the judge to throw out the case. But the prosecution announced that, they’ll continue the lawsuit till the end. The judge went for consultation to adopt a decision.

After the consultation, the judge read the verdict. According to the verdict, Avaz Zeynalli is convicted under Article 147.2 (to slander) of the Criminal Code and must serve 1.6 years of corrective labor. Fifteen percent the editor-in-chief’s salary must also be paid to the state during this period.

Recall that the Republic of Azerbaijan Presidential Works Department Executive Director Agabey Asgerov filed a lawsuit against “Khural” Newspaper Chief Editor Avaz Zeynalli and correspondent Kamal Huseyn on 28 August 2007. The case stems from the article “Publishing House Cuts Gold” which was run in the 24-30 July 2007 edition of “Khural” Newspaper, the article “Death Place of Azerbaijan’s House no, Azerbaijan factory”, which was run in the 19-25 August 2007 edition of “Khural” Newspaper. The articles reported alleged law violations committed by “Azerbaijan” Publishing House’s director, and Asagarov claims the articles were defamatory and libelous. The plaintiff was seeking an apology and refutation for the newspaper and the institution of a 250,000 AZN fine.