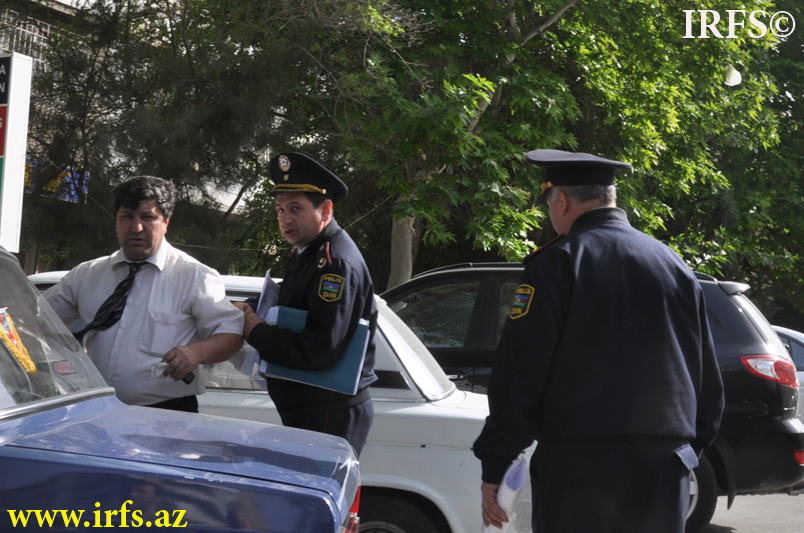 Today, 25 May, “Khural” Newspaper Chief Director Nizami Hasanov was accused of violating traffic rules and was detained by Narimanov District State Road Police employee Mehdi Salimov.
Stating that he did not violate the traffic rules, Hasanov called “Khural” Newspaper Editor-in-chief Avaz Zeynalli and told him that he was detained wrongly. Coming to the site of the incident, Zeynalli wanted to investigate the incident. However, police employee Salimov evaluated the questions addressed to him by the editor-in-chief as “citizen’s denial to obey the police” and called for help to arrest Zeynalli and Hasanov. Then both Zeynalli and Hasanov were taken to the Narimanov District Police Department Police Unit 17.
The Institute for Reporters’ Freedom and Safety was told by the unit on duty at police unit #17 that “Khural” Newspaper Chief Director Nizami Hasanov violated traffic rules and did not obey state road police. Therefore he was invited to Police Unit 17.
Then the police composed an official protocol and sent to the Narimanov District Court.
At 6:00 p.m., the case was considered during a hearing held in the Nrimanov District Court, under the chairmanship of Judge Sevinj Aliyeva. The editor-in-chief, director and police employee Mehdi Salimov were given warning and then Zeynalli and Hasanov were released.
Photo: