LAWSUIT OF STUDENT-JOURNALIST NOT FULFILLED 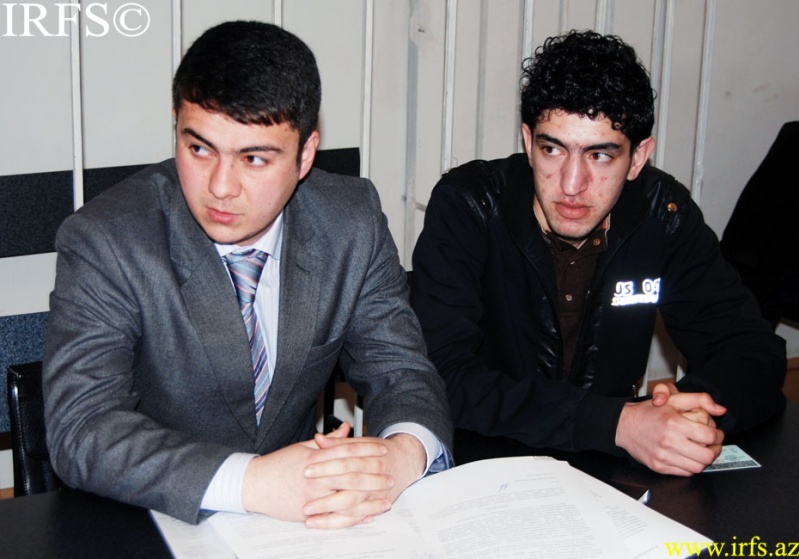 Yesterday, 5 April, in the Nasimi District Court, under the chairmanship of Jude Ikram Shirinov a hearing was held on the lawsuit of Elmin Bedelov, who was dismissed from the State Oil Academy (SOAA), against SOAA and the Rector of the Academy, Siyavush Garayev.

Plaintiff Elmin Bedelov and his representative Fariz Namazli, defense representatives – dean of the “Oil Mechanics” faculty Gasim Mammadov, and Siyavush Garayev’s defense attorney Ilgar Javadov participated in the hearing.
The judge adopted a decision to not fulfill a lawsuit after listening to both sides.
Elmin Bedelov was dismissed from the State Oil Academy on 19 January 2010. On 12 November 2009 Elmin Bedelov published an article on pia.az website (“Reportage from Azerbaijan State Oil Academy”) regarding bribe cases and financial frauds in the Azerbaijan State Oil Academy. The student-journalist claims that pressure used against him and his failures are related to his article. On 17 February he appealed to the Nasimi District Court to restore his rights.
Previous Post